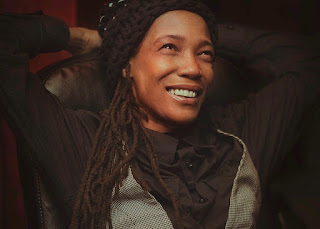 Detroit-born R&B singer and musician Davina makes her return to music with her new single entitled "Again" available on all digital platforms.

Davina's 1997 single "So Good" became the theme song for the film Hoodlum. Raekwon of Wu-Tang Clan and Xzibit each appeared on remixed versions of the song.

In 1998, the Songstress' released her debut album Best of Both Worlds via Loud Records and a sophomore album Return to Soul Vol. 1 in 2007.

Email ThisBlogThis!Share to TwitterShare to FacebookShare to Pinterest
Labels: #davina