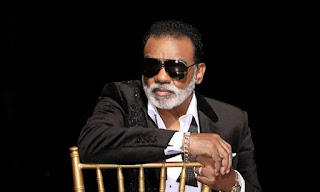 This week Grammy Award-winning music legends Ronald Isley & The Isley Brothers along with Beyonce have scored a Top 10 Billboard Adult R&B entry at No. 10 after four weeks on the chart for their collaborative single "Make Me Say It Again, Girl".

Originally recorded by The Isley Brothers in 1975 for their No. 1 multi-platinum album The Heat Is On.