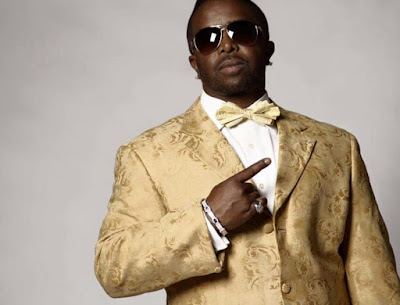 Platinum-selling R&B group TROOP, best known for #1 Billboard hits such as "All I Do Is Think of You", "Sweet November", "Spread My Wings" to name a few, returns with new music. I caught up with Steven Russell Harts to discuss the latest single "Not in a Million Years", their earliest Formation and much more...

HEAR "NOT IN A MILLION YEARS" BELOW:
﻿

TERRANCE: Talk about Troop's earliest formation and how you guys got signed to Atlantic Records.

STEVEN RUSSELL HARTS: At the time members Rodney and Reggie were in a group when we were in High School and they were on a talent show called Puttin’ on the Hits. A record producer saw the show and asked Rodney’s mother if they really sing and she said yes. Rodney asked me was I interested in joining the group and I said yes. It was either pro football or music for me and I really loved music. Jon Jon went to the same school as well and eventually joined after he heard I was in. I met Allen through a cousin. We then performed a showcase in front of then, Senior Vice President of Atlantic, Sylvia Rhone.

TERRANCE: Gerald Levert played a major role in your earlier careers. What was it like working with him? Most fondest memory?

STEVEN RUSSELL HARTS: Wow, it was like a dream because myself and Allen McNeil were huge fans of LeVert. We wanted to be like them in a lot of ways. My most fondest memory was when myself and Al flew to Philly to record and I was nervous and just wasn’t getting the job done, so Eddie came in the booth with me and showed me how to loosen up and record with passion. It was amazing!


TERRANCE: “Mamacita” from the debut album is considered one of the earliest hits of the New Jack Swing wave. How influential was it to your overall sound?

STEVEN RUSSELL HARTS: It was totally influential to our sound, it established who we were and was the bases of the many hits to follow.


TERRANCE: What was the experience like having Chuckii Booker produce “My Heart” and “Spread My Wings”?

STEVEN RUSSELL HARTS: It was also amazing. Chuckii became one of my idols instantly, he was so amazingly talented that I wanted to be just like him musically. He’s like Prince, a musical genius. I would stay at his house and never go home, he used to have to make me leave (laughs).


TERRANCE: The Jackson 5 originally recorded, “All I Do” but it was you all who brought it to bigger prominence. Did you all think it would blow up the way it did?

STEVEN RUSSELL HARTS: Well we knew we had one up on the game with that song because it was such a great song yet no one ever heard of it so we knew if Atlantic ok’d it we would be good. We actually recorded it for the first album but the label didn’t accept it until the second album and with Chuckii Booker producing it we knew we were outta here!

TERRANCE: After it’s huge impact, did any of the Jacksons reach out to you all?


STEVEN RUSSELL HARTS: We met Jermaine first when we were performing in Atlanta on the MC Hammer tour. He was thrilled and happy about the song. A couple years later I met Jackie and he told me when Michael heard the song he asked the family if they heard it. Janet showed us love too.

TERRANCE: After four albums you guys went on a hiatus. Why did you all decide to stop making music as a group and what have you all been doing outside the group?

STEVEN RUSSELL HARTS: We just needed time away from Troop to pursue other ventures and when we fulfilled those goals we were ready to come back. Outside the group I’ve written and produced music for B2K, Chris Brown, Jordin Sparks, Ruben Studdard, Jennifer Hudson, plus my own solo albums.

TERRANCE: In the last few years we’ve seen SWV, Jodeci make comeback albums. What are your thoughts on the reemergence of the bands?

STEVEN RUSSELL HARTS: The reemergence of the bands is great. The music industry needs that.


TERRANCE:  Tell me about the new music Troop is working on.


STEVEN RUSSELL HARTS: Our single Not In A Million Years is out - The Underdogs and I produced that. There will be love songs and dance records. It’s Troop 2.0. Hit-Boy is one of the producers, PK who produced Fine China and we’re bringing back Chuckii Booker and other great producers.

TERRANCE: What are your thoughts on R&B today?

STEVEN RUSSELL HARTS: There’s not too much to think on. What is R&B? Where is it? Look at the charts, show me an R&B chart. We have allowed our music to be infiltrated and perverted now people wont even buy an R&B song. Without R&B consumers there is no R&B music.


TERRANCE: Social media play a big part in how an artist is represented. What are your views?

STEVEN RUSSELL HARTS: For the most part it allows you to interact with your fans directly. It allows you to present yourself as you see fit. It’s cool but i’ve yet to see all the likes equate to sells. At the end of the day you still have to spend tons of money to promote yourself, but you can gain instant exposure through social media.


TERRANCE: If you could collaborate with any producer who you’ve never worked with before, who would it be?


TERRANCE: Who were your greatest influences musically?


TERRANCE: Who are some of your favorite Contemporary artists today?

TERRANCE:  It was nice catching up and we look forward to the new Troop music.

Email ThisBlogThis!Share to TwitterShare to FacebookShare to Pinterest
Labels: #StevenRussellHarts, All I Do, Chuckii Booker, Gerald Levert, Mamacita, Music, My Heart, New Jack Swing, Not In A Million Years, R&B, Soul, Spread My Wings, Troop