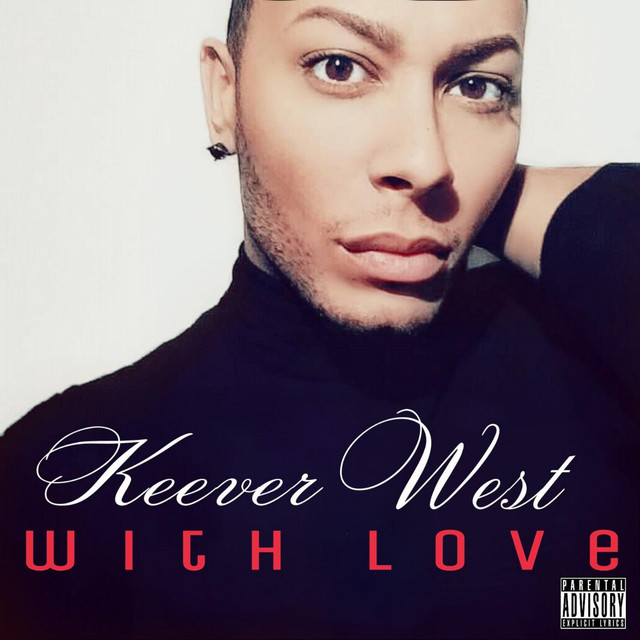 My interview with rising independent recording artist Keever West who joins me to discuss his Upbringings, artistry, KeKe Wyatt, Kim Burrell, plus new music he has in store. With Love, his latest EP is available everywhere music can be purchased online. https://itunes.apple.com/us/album/with-love-ep/id1162832882


Terrance - First congratulations on your debut EP, With Love. How are you feeling right now?


Terrance - Reflecting back, at what age did you realize you were ready to share your gift to the world?


Keever West - Probably my teens of course, we grew up in Church just to give a backstory. We were part of the music program and the music choir and my dad was a minister of music so earlier on I would definitely say singing was a passion of mine. I love to sing, it’s second nature so I say around 13 or 14 is when I guess I started to get accolades if you will for being able to sang as they say [laughs].


Terrance - You mention growing up in the Church around family, but who were your outside musical influences?


Keever West - Definitely a big variety of artists have influenced me; of course The Clark Sisters, The Hawkins, The Crouch Family, so again we grew up in the Church and that’s where the roots began and you know once I began to get a little older I started to explore the R&B side of course you got Stevie Wonder, Donny Hathaway, Rachelle Ferrell and nowadays there’s Lalah Hathaway, Ledisi, so there’s a lot of artists who have influenced me so I'll just say a lot [laughs]. All the greats.


Terrance - Not many may know that you are the brother of R&B diva KeKe Wyatt, what is it like having her as a sister?


Keever West - It’s awesome man. I absolutely love my sister, she’s above all things my sister; that’s the first. My first love I have for her is our kindred spirit and a plus is that she’s a phenomenal singer as well as artist and I know I’m her biggest fan and it’s not because she’s just my sister but because she’s awesome like she’s one of the greatest female vocalists I feel of our time period [laughs] so it feels good to have her as a sister I'll just say that.


Terrance - How does social media impact and benefit your presence as an emerging artist?


Keever West - If you go to my YouTube channel you’ll see the wide range of music that has inspired and influenced me over the years and it has definitely affected me as an artist in a positive way of course. You know I get gigs from it, people reach out to my management and say Wow! I didn’t know KeKe Wyatt first of all had a brother nor had a brother that could sing so it’s definitely a major outlet as far as gigs and getting yourself out there. I would say for people who are up and coming artists YouTube and all of the social media networks are definitely your friends [laughs] especially if you are really good at what you are doing.


Terrance - How would you best describe your sound to someone who aren’t familiar with you?


Keever West - I would describe it as a smooth melodic tone infused with R&B and Jazz… just a little bit of jazz. R&B with a touch of jazz.


Terrance - Getting into, With Love, talk to us a little about how it all came together for you.


Keever West - How it all came together, well I’ve been partnering up with these producers out of New York and they are part of the Soul For Real team there’s Slick and a couple of other producers that are really good so shout out to them. Basically I’ve done some things with them in the past as far as writing and things of that nature and we decided to go ahead and do some stuff on me if you will, so it all came about when we decided to sit down and talk about the direction I wanted to go in. I really didn’t want to give too much of the young stuff that’s out now, I really wanted to give some ol’skool vibe if you will for the grown and sexy as I call it but I still wanted to remain current and sound current and give something new but something new and familiar at the same time.


Terrance - What are you most excited for people to hear on the project?


Terrance - Talk about the current single you’re working with.


Keever West - There isn’t a single from the With Love EP it’s just an extended play which of course I just wanted to give something extended than just a single but shorter than an album. The current single that i’m working on is for my full album that will be coming out this Summer and it’s called, “Down On Me” so that’s my newest single that I’m currently working on as of right now.


Terrance - Everyone have their perception of what success is, how would you describe it?


Keever West - I would say that success is what you put your mind to and achieve. I’m successful because to me success is like a successful relationship, like a monogamous relationship. I would consider something of that nature to be successful so my perception of success is longevity in what you put your full attention to, your full action into and it goes and goes and goes and eventually you bear fruit of that. It could be a relationship, a career, a car, baking, catering, whatever it is you pour every ounce of your passion into and it grows and become successful is success and there you have it. Whatever makes you the most happiest.


Terrance - What do you enjoy most about performing for a live audience?


Keever West - What I enjoy most about performing for a live audience is of course it’s intimate especially for the types of events I get booked for. I think it’s great and I love that you really get to give people a side of you radio really can’t give or even television, it’s like an intimate; there you are, there they are, you get to look them in the face and sing to them and feel the vibe in the room so I would say the greatest thing about that is being able to get intimate with them basically [laughs].


Keever West - I have to say this, I love Kim Burrell and you know I don’t know her like I go to her house to eat eggs, grits and bacon on Sunday’s [laughs] but I’ve met her a few times and she’s always been very kind. I honestly feel as though she’s entitled to her own opinion and of course I don’t necessarily agree with everything that was said in that sermon however; I can understand where she was coming from based on how she was taught and what she believes in but I guess I don’t have any malice or hate or judgement towards her. Maybe she was caught on a bad day, that happens, we’ve all been there and sometimes we say things we really don’t mean so I kinda saw it as that but I will say the times that I have interacted with her were very pleasant and a couple times it wasn’t around a bunch of people so she’s always been pleasant. I just think people caught her on a bad day or pissed her off and she went crazy [laughs]. That’s how I feel about it.


Terrance - Where can our readers connect with you in social media?


Keever West - If you go to any search engine whether it be Instagram, Facebook, Twitter, iTunes, Amazon, Google, just type in Keever West in any social media outlet and I'll pop up.


Keever West - Like I briefly mentioned earlier I have an album that is on the way. It may get pushed back because of promotional purposes, we’re really trying to stick my foot into the promotion so I would definitely say start looking for the promotion for my album around middle April is when you will start to hear about it. I have some dates coming up as far as performances in New York, Philly, Dallas, LA, i’m still trying to get them locked in but I definitely have some things lined up so i’m very excited about that of course.


Terrance - Any final words you would like to leave with the readers?

Keever West - If you haven’t gotten my EP definitely go check that out it’s Keever West With Love. I also got a lot of free downloads and also a mixtape on my website which is www.keeverwest.bandcamp.com, you’ll get some free downloads there, there are some covers, some originals, all kinds of stuff.
Posted by Terrance at January 21, 2017