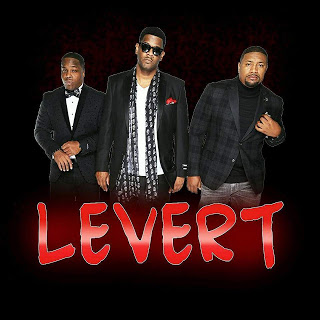 My interview with co-founder Marc Gordon of the Legendary R&B trio LeVert who along with Gerald & Sean Levert brought the music world a string of #1 hits such as “Casanova”, “Just Coolin”, “(Pop, Pop, Pop, Pop) Goes My Mind” and “Baby I’m Ready” during the 80's and 90's. Now back with a new lineup and a new single “Commit”, the legacy of LeVert persists on...

Terrance: For those who may be unaware can you guys introduce how you got involved with LeVert?

Marc Gordon: Well I’m one of the original members and co-founder of LeVert.

Blaq Rose: I knew Marc through a mutual friend in Youngstown, Ohio and LeVert was originally from Cleveland so it’s about an hour away and I had already known Marc through previous years. My original group had came to Gerald but he couldn’t sign us because he had The Rude Boys and Men at Large so fast forward some years later me and Marc ended up in California and we would always see each other and exchange numbers and everything like that, so one day he told me to come up to his studio and I played him some songs I got placed on K-Ci & JoJo and other artists. He liked what I was doing but we never really did nothing but ironically some years later I saw Marc again in Cleveland, Ohio at a Birthday party and I went up to him, like wassup and how you doing? He didn’t realize who I was at first and then a few seconds later he realized and said he was looking for me and we went from there because Gerald had passed and Marc still wanted to keep it going and there was a member he wasn’t happy with or whatever and I went by the studio and everything clicked. I got on some records and wrote some records and Sean liked it and with his approval we did a dedication to Gerald and we actually recorded a song called "Dedication" to Gerald and then ironically a month or so into the record Sean ended up passing and that was really tough on us. So we went back in the studio just Marc and myself to help us get through it and finally Marc decided he wanted to get a third member and that’s when Parrice came in.

Parrice: Two or three days after I moved to Cali I was at my best friends house and he was like you got to be out here, this is where you need to be because I was on the fence if I wanted to stay there and I ended up meeting Blaq Rose at this venue for live bands and jam sessions. A lot of signed and unsigned bands would be there and I went in and sung and then Blaq Rose and his brother went in. He was down with Dr. Dre and Aftermath at the time and he went up on stage getting ready to sing "All the Things (Your Man Won't Do)" by Joe and I was like, is anybody going to sing background for him and help him out? He can't sing lead and do the background so I was like I'll go help him out so when I walked on stage he kinda looked to the left like what are you doing? I was like I got you, just go ahead and sing and were going back and forth and we ended up bringing the house down. We killed it and when we got off stage he was like man, where are you from? I was like man I'm from Lima, Ohio and he was like I'm from Youngstown. We got real close, traveling around the city, playing basketball together and then he moved back to Youngstown I guess to take care of his parents and be with his family. Like he said it was just him and Marc for a while and Marc said man we got to get another member and Blaq Rose said he knew somebody and this was like 15 years after me and Blaq met, so he hit me up and I was like alright and I sent him two or three of my songs and they heard it and couldn't get past the first verse. They were like get that dude on the plane and get him out here. We actually ended up doing a show that weekend in St. Louis and it was pretty dope and since then we've been rocking together. 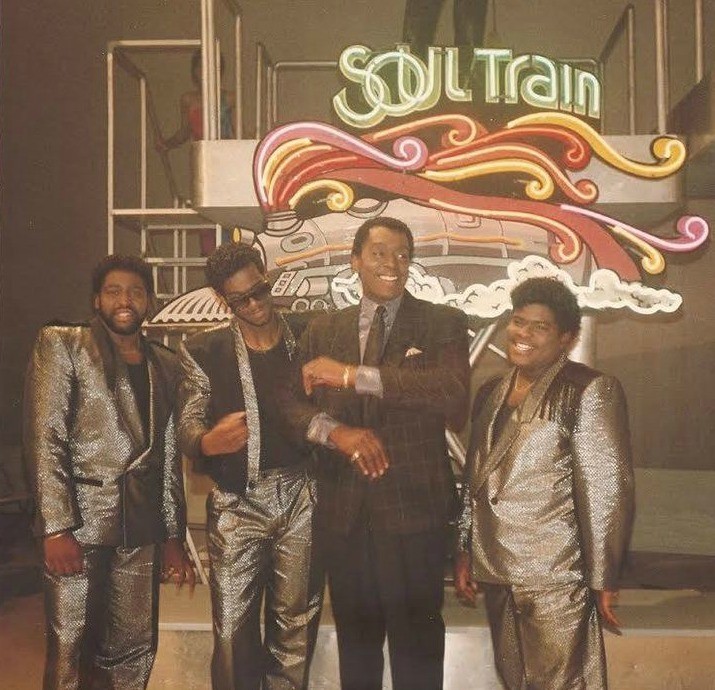 Terrance: Awesome. So Marc, as an original member who’ve
been there since the beginning ‘til the untimely deaths of Gerald and Sean Levert, can you share a special memory or highlight with them collectively?

Marc Gordon: The Soul Train Music Awards was definitely a highlight because we were disappointed in the Grammy's and it was a blessing to be nominated but at one end we lost to a couple of artists I respect and I was looking at it like they weren’t really groups but Best Song by a duo. When it came down to the Soul Train Awards it was for us and by us and it celebrated black music so they awarded us for those accomplishments and it felt good to win amongst our peers and so it felt special to us than the other Awards.

Terrance: You and Gerald wrote and produced the bulk of LeVert’s classic catalogue, what was that dynamic like?

Marc Gordon: It was just like finding what our niche was and after so many times of being turned away we eventually found that niche and in the end we came together and it paid off.

Terrance: Because the chemistry was there?

Marc Gordon: Yeah the chemistry was just right and I think it’s because of being together for so long and so it was just special. 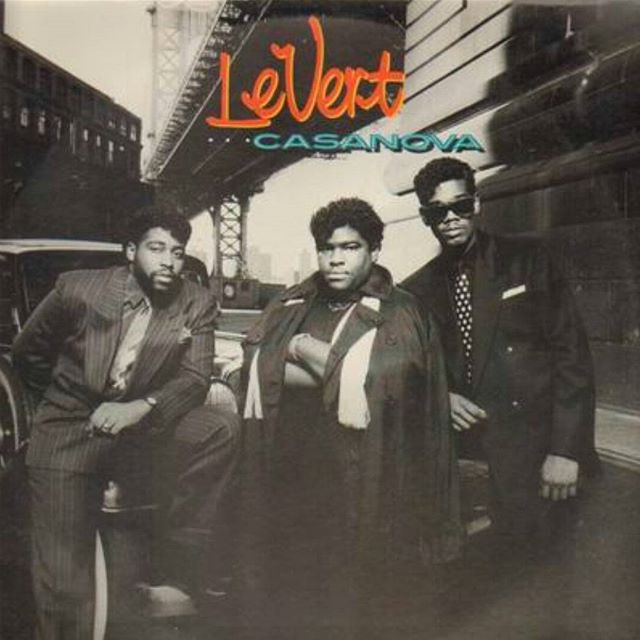 Terrance: LeVert’s breakout mainstream hit “Casanova” turned 30 this year how did that song come about?
Marc Gordon: “Casanova” came when we were on Atlantic Records and Sylvia Rhone pulled in the Calloway brothers for us to do a song or two and they wrote a lot of hits back in the day. They were members of Midnight Star and fellow Ohioans of course but they came with this song and we felt like it was what it was and it turned out to be that. It was probably one of the hardest songs that Gerald had to sing because as a producer you know what you want it to be and it’s one song he had to sing over and over and over and over just to get to where it got and it turned out to be a good thing.

Terrance: With the rise of biopics do you think it’s necessary for the LeVert story to be told?

Marc Gordon: Oh definitely and it will be told. And currently I’m pitching a book, it will be my story but of course it will include the LeVert story and some of those highlights that were on my plate that I feel need to be said. There’s a lot of similarities to all of these stories but I think everyone has it’s own unique twist and turn so this is another one.

Terrance: What was it like getting into the studio for the first time as the newly formed LeVert?

Blaq Rose: Well the newly formed LeVert like I said initially was Sean, myself and Marc and everything clicked when we got in the studio then and when we added Parrice we got into the studio and started clicking again so it was kinda like an Ohio connection because everybody is from Ohio. 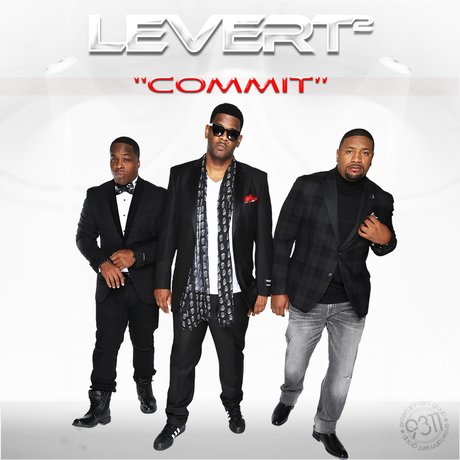 Terrance: Talk about the creative process behind the latest single “Commit” and how it all came together.


Parrice: I wrote the song with my partner. The song is basically from a conversation I was having with a friend about a female that he liked and he didn't know how to tell her and I was like go ahead and let her know how you feel about her and basically that concept about him was on my mind. When the producer started playing the chords I kinda ran with it, working a bridge and an hour later the song was born. When we decided to start recording songs, Blaq asked to let him hear some of the records I had and I told him who I was holding that particular record for, he said that might be a good record for us and I was like really? So a week later me and Blaq started on the record and Marc later added his parts on there and we had us a new record and started building from there.

Blaq Rose: Well, I mean some of it is good but I just think it’s not as clever as it used to be. The emotional content is missing, it’s kinda lacking that.

Terrance: Is there a new album in the works or you guys working with singles only?

Marc Gordon: There’s a record in the works but we’re using singles to build anticipation for the album. We gotta warm them up to it.

Terrance: In the last few years we’ve seen the resurgence of male R&B groups from Troop, After 7, Jodeci, Silk, 112, Next to Pretty Ricky, what are your thoughts?

Parrice: I guess after being off for so long it’s time to work, get back on the road and make some new music.

Marc Gordon: And there’s a market for the older acts to still go out and do shows so the market is there it’s not like it’s lost or died off or anything.

Terrance: Are there any final words you would like to leave with the readers?

Parrice: Yeah come into it with an opened mind. The concerts. The music. Everything.