An Interview with Kenny Lattimore 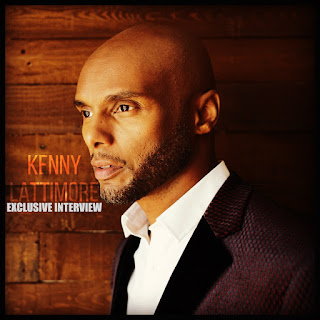 Grammy-nominated R&B vocalist Kenny Lattimore who captivated the music world with hits such as “Never Too Busy”, “If I Lose My Woman”, “Love Me Back” and one of the quintessential modern day wedding anthems “For You” for more than two decades recently released his ninth overall album Vulnerable which features his latest singles “Push” and "Stay On Your Mind". Kenny share details with me about the album, his longevity in music and much more…


Terrance: What inspired you to name your new album Vulnerable.

Kenny Lattimore: I named it Vulnerable because well there’s a song on the album called “Vulnerable” but it seem to encompass a theme of all the songs. The lyrics lend itself to me as a man stripping my emotions down and saying, Hey! I’m ready to be in love again and whatever that takes I have the strength to allow myself to be vulnerable. People see vulnerability as weakness but in relationships that’s strength because you have to allow yourself to be in a position of vulnerability to be with someone else, to be in love and to allow them to hurt which means you have developed some sort of skill in decision-making and communication. That’s when people decide to be vulnerable when they have judged a relationship and see that it can be progressive and breaking down the wall of fear and all that.

Terrance: Talk about your latest single “Push” and how it came together.

Kenny Lattimore: I heard “Push” one day and the music was done by Lee Major and Jarrett Todd but it was brought to me from a guy name Dra-kkar Wesley who was given the opportunity to be my main producer on this album. He respected my path and legacy but at the same time he is the future because he’s young and got the passion and everything for the music and creating it, so I was like this is good and I’m not going to pretend I know how to bring me into this next decade and be relevant so why not surround myself with people who do? He played me this song called “Push” and I absolutely teared up like Wow! This is a big song that I can sing to any of my audiences. A lot of my songs are more uplifting but at the same time it’s a song about human experience and immaturity which is a part of vulnerability for me to say, hey I’m going to lay out there my immaturity and pushing something away and wanting it back but what’s so grown about it is the apology. I love opening up the whole song saying, ‘I admit that I was wrong’. That’s grown up to me. That’s mature. It’s also vulnerability because she can also say, yep and you should’ve done this a long time ago, but the point is we can only behold ourselves and no one else, so for me as a human being to say those kind of lyrics means there are some things in my life that have come full circle and I’m able to say that with conviction and passion and leave it right there no matter how it’s taken. A lot of times we want people to reciprocate love to us the way we want them to reciprocate it and that’s not realistic always. There’s certain things you do learn through time about others and how you could sacrifice for others but it’s just a mature way to approach heartache and bad decision.

Terrance: If there’s a song on the album that fits your current state, what would it be?


Kenny Lattimore: I guess it would be the song “More Than Life” which I wrote for my son. My son is 14 now, he’s in high school and this is his first year. I wrote the song because I felt like Wow! I wanted him to be encouraged. A lot of times people write songs about babies but I think that’s a little more self-indulgence. It’s something the kid might listen to later on in life but that’s the most relevant lyric in my life right now is my relationship with him.

Terrance: Awesome. Do you have in mind what the next single might be or is that not the focus just yet?

Kenny Lattimore: It’s not the focus just yet but I can tell you that there’s a song that Dra-kkar also did called “Stay On Your Mind”. I performed a snippet of it in a show and oh my goodness, the place went crazy.

Terrance: Is there a particular song from your past catalog of music that stands out?

Kenny Lattimore: I’d have to say “For You”. I think “For You” is my ultimate statement of love and it’s the song I think continue to give people hope. It is definitely my stable so it’s a blessing because it was literally one of my best friend’s wedding songs and who knew it’d become so big with weddings? I’ve even sung that song for AIDS Orphans in Africa and the lyric just translate because it’s an ultimate theme of love.

Terrance: You’re not one of those artists who gets bored with the signature song?

Kenny Lattimore: I think that’s a good question you asked but for me I have to give homage to that because if it were not for that song, many people may not know me, you know? I had “Never Too Busy” prior to that but “For You” is really the one that bring people back to the table to hear everything else that I do.

Terrance: Overall what has been the greatest achievement in your career so far?

Kenny Lattimore: The continuation to still be able to do this after 20+ years. I mean, that is the greatest and the sign of success that someone still wants to hear it. That is a blessing to me and I’m honored because I know it’s the fans that allow me to live out my dream so that is the greatest to look back and say Wow! I’m still here.

Terrance: What would you say is the formula to your longevity?

Kenny Lattimore: The formula to longevity I think is really to genuinely find love for what you do if the passion remains, because there are plenty things that will deter you and make you feel as if you don’t want to do it or may not be in love with it as much because I know I’ve been there, but those things usually don’t have anything to do with music itself, it usually has to do with business, promotion, you know? Areas that are money-driven,  but when you take the money out of it and stick to the love of it, I think that’s where you will always want to remain.

Terrance: What’s a day in the life of Kenny Lattimore without music?

Kenny Lattimore: Without music is prayer. Without music is sometimes analytical thinking. I’m a thinker. I’m always thinking of what I can do next to be better to enhance life. I’m in business a lot so if I were not doing things with music it’s also taking care of my son which is also part of my business and thinking about his academics and his future and all of those kinds of things which is probably what most of the rest of the world is into so yeah that’s what happens when the music shuts off.

Terrance: In closing. Is there anything not discussed you would like to add?

Kenny Lattimore: I’m just grateful for you doing this interview with me and helping to continue expose Vulnerable. I think it’s a great album and it’s going to be a lot of fun to perform live and I hope to see everybody real soon on the road.