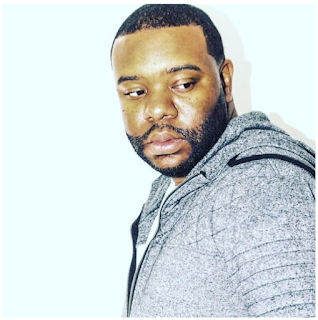 A self-professed "80's Baby" he came up during R&B's golden era. He specifically mentions the "New Jack Swing Era" when asked about music. New Jack swing gave birth to Guy, the Queen of Hip Hop Soul Mary J. Blige, R. Kelly, Michel'le and J's favorite group of all time Jodeci. He says he always had an interest in music often singing as a child but when Jodeci dropped 'Diary of A Mad Band' in 1992 he was sold.

J. wants to take his fans back to the future where music was a process, rather than a rushed project with the sole means of topping Billboard charts. A connoisseur of authentic talent and fortified R&B J. says he appreciates a lot of artists from this era who have that homegrown R&B sound but are often overlooked.

With that being said J.'s single "What She Do" is a cautionary ballad with solid contemporary production about loving a woman he knows he can't walk down the aisle with. He admits is a "sucka for her" but he is captivated by the danger and mystique of her. Love's hypocrisy at it's finest. The stand out lines of the record are "She's the type you don't bring home to Mama/Her attitude is ignorant". He later goes on to sing "Even though she brings me so much drama. I feel her love is Heaven sent".

His other single "Sexy With It" is a smoothed out gentleman's invitation to the object of his desire. J. Esquire's rich tenor is reminiscent of an 80's and 90's balladeer.

His father is the lead singer of a group called The Softones. His debut album Imperfect Gentlemen will be out April 2018. Until then J.Esq plans to swoon music lovers back to true R&B music one ear at a time.
Posted by Terrance at December 10, 2017