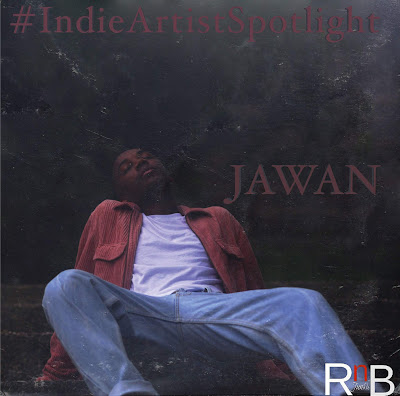 Our final #IndieArtistSpotlight of 2018, goes to JAWAN. JAWAN is a very talented singer-songwriter from Mississippi who currently resides in New York City. This past week, RnB Junkie Official had the pleasure of interviewing JAWAN. We discussed his background, passion for music, balancing life, his singles 'Broken' and 'Cool,' his new single 'Everything,' and more. Check out our interview with #IndieArtistSpotlight JAWAN below.

Can you tell us a little about your background and where you’re from?
My name is JAWAN (pronounced “juh-WAHN”). I was born and raised in Mississippi, so I’m a southerner at heart but currently based in NYC.
When did you first develop a passion for music?
Music has always been a huge part of my life—really since the very start. I come from a lineage of singers, so it’s something I’ve always been around. I’d say I first developed a passion in elementary school being in music class. Singing was fun and felt very natural. I felt complete while doing it. Over the years, that feeling just continued to grow.
For those who aren’t familiar with your music how would you describe your sound?
If we’re using labels, it’s definitely in the pocket of alternative R&B. My friends jokingly refer to me as a Brandy and Frank Ocean’s love child, which is overwhelmingly kind - ha! But I’d describe it as raw, melodic, and descriptive. I’m all about what feels good, so I’m hoping that’s the takeaway after the listening experience.
Who are some artists that help shape your sound and how you listen and approach music?
Oh man, so many. I grew up on a lot of 90s and 2000s R&B, so there’s a whole list there. I’d say top five are Amel Larrieux, James Fauntleroy, Frank Ocean, Brandy, and Solange. I’ve learned something from each of these artists.


What’s the key behind balancing your work life and devoting time to your craft?

I haven’t perfected it, but I’m learning to focus on what’s in front of me at the moment. I try to be as present as possible with whatever I’m working on, and when that thing is done, I let it go and focus on what needs my attention next. 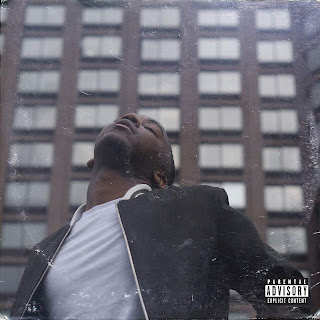 Last year you released your debut single “Broken,” and followed with your second single “Cool” earlier this year. Can you speak on the concept of the songs and the inspiration behind them?
“Broken” is about recognizing your flaws, or trauma, and the role they can play in a relationship. It was written in an hour-long train ride after this argument I had. I realized that what we were arguing about had nothing to do with the actual problem. We were just triggering each other—things we were both sensitive to without the other knowing. I kept running this line, “Hurt people, hurt people” over in my head, but then I flipped it to “Broken people break shit.” And that’s what we were doing in that moment. 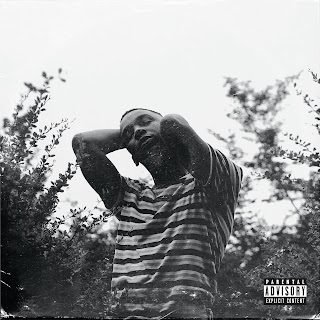 Cool, however, is a different story. In this song, I’m basically asking if we can remain cool after things have broken off. I think I’m a pretty understanding person, but in this one situation, I wanted nothing to do with someone who wanted to remain friends. So, in an effort to be more empathetic I guess, I wrote this song from their perspective as a way of putting myself in their shoes. I still ain’t want to be cool after, but a good song came out of it - ha!

Your new single "Everything" released today. It's definitely a vibe, I noticed that you showcased your range more so than on your previous singles. Was that an intentional decision to show your versatility or did it just happen naturally?

You know, it actually was intentional. By this point in the recording process, my producer Yonatan Watts was like, "So they know you can go low, but try to give as many peaks as you do valleys." So "Everything" was an opportunity to use a bit of my falsetto, which is something I don't often show when I sing. I had a lot of fun making this record for that reason. It pushed me out of my comfort zone, and I think the final product turned out pretty cool.

You’re currently working on your debut album. How does that feel?
Well, I’m releasing an EP in the coming weeks. It’s been a really fun, sometimes draining, but always a spiritual process. I’m learning so much about myself, about music and recording, and, really, just my overall sound. Figuring out my place in the music scene has been a really dope ass experience.

What type of sounds, lyrics, and vibe can we expect to hear on this project?
Good vibes. Expect good vibes and some really relatable lyrics. I speak for myself in my songs, but I know I’m not the only one feeling this way. I think a lot of people will connect with what I’ve got to say on this project.

Do you have a title and release date in mind?

Release date before the end of the year. The title, along with the pre-order and a new song, will all be out very soon. 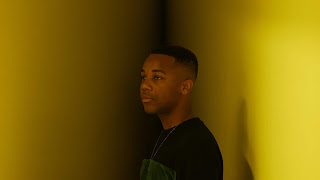 What do you enjoy most about the creating process? (Writing, recording, backgrounds, the finished product, etc.?)
I really like getting into the flow. That hum when you’re centered and the words and melodies are just spilling out—sometimes so fast you’re not sure you can catch it all. That’s an amazing ass feeling. I really like doing background vocals, too. One day I want to do a song where there’s no real lead, just BGVs—ha!
Where can our followers find your music and how can you be reached on social media?
My music can be found on all platforms-you name it, and it’s there. And I can be followed at @jawan.mp3 on all social media platforms.

Thank you for your time today!

Posted by Idealistic Ambition's at December 07, 2018