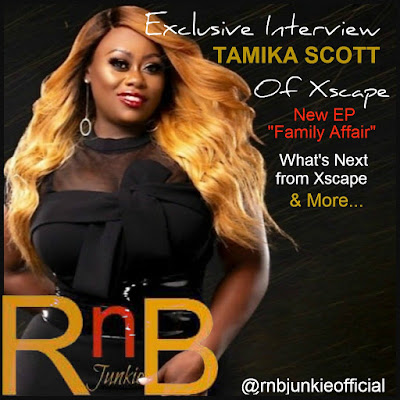 TAMIKA SCOTT of the multi-platinum R&B female group Xscape returns with her upcoming EP Family Affair on December 13th via Brolic Entertainment which features the inspiring, uplifting and encouraging anthem "Almost Over" and soul-stirring cover of Milira's 1991 hit "Go Outside In the Rain". I caught up with the singer, songwriter, producer and actress to discuss the project, what's next from Xscape and much more...

TERRANCE: First off, congratulations to your group Xscape for being honored at the 2019 Black Music Honors here in Atlanta.

TAMIKA SCOTT: Thank you. I Appreciate you so much.

TERRANCE: What can we expect next from Xscape?

TAMIKA SCOTT: We're gonna actually come back next year and do a big tour. We're gonna do the second leg of our Great Xscape Tour, but until then we're working on our individual projects. We're gonna always be a group and that's not going to change. We all have released a solo single. My sister LaTocha released "Six4", Tiny has "I F***** Love You" and Kandi released "Fake People", so we're all doing individual things but we're still a group. What makes it great for our shows when we do come back together, we're able to do Xscape stuff as well as our individual things.

TERRANCE: You're releasing an EP titled Family Affair. Can you give us a little breakdown of the tracks, starting with "No" (Interlude)?

TERRANCE: "Go Outside In the Rain"

TAMIKA SCOTT: That's a Milira remake from 1991. It's funny because my group Xscape, we would sing that at auditions when we were 15 and 16 years old. That's also one of my husband's favorite songs, so I recorded the song because he loved it so much.

TAMIKA SCOTT: That's a song about meeting someone and you're falling for this person but you're afraid you're falling for this person because of your prior experience of your relationship. He's saying, I'm gonna treat you right and she's saying I wanna give you all of me, just don't hurt me like that again and he's saying, I won't. That's him saying, I got you and I wanna show you how to be loved type of song.

TAMIKA SCOTT: That's one of my favorites on the EP. It's been received well from both the secular and gospel worlds. It's an inspirational song that teaches you how to dance through your storm. It's encouraging no matter what you're going through know that trouble don't last always, so just dance your way out of whatever situation you're in because at the end of that storm is a rainbow.

TAMIKA SCOTT: That's my baby. It's a song about when I see my daughters I see myself. I'm here for you and I will fight for you. When you hurt, I hurt. When you cry, I cry. You are my reflection.

TERRANCE: "What Was I Thinking"

TERRANCE: There's been talk of a Michael Bolton cover "How Am I Supposed to Live Without You". What can you tell us about that?

TAMIKA SCOTT: My EP isn't going to have all of my songs, so when my album come out I'm going to do a full album and it will be on that album. I gotta save something for the album. I released a song called "Tonite" as well.

TERRANCE: Is there a favorite Xscape album?

TAMIKA SCOTT: I would say all the albums are my favorites. I love how they show we've transitioned from the very beginning, all the way to growing up as young women to adulthood. But if I have to say my favorite, it would be Traces of My Lipstick because you can put that album in and let it play without skipping any song.

TERRANCE: Are there any personal favorite Xscape songs?

TAMIKA SCOTT: My favorite, favorite song would have to be "Who Can I Run To" which is one of our biggest hits. "Softest Place On Earth" which was produced and composed by Joe. That was nicely done. "Living In Vain" and we were able to perform that song with Karen Clark-Sheard live at our sold-out show in Detroit. I have a lot of different favorites for a lot of different reasons.

TERRANCE: What's a misconception you think people have about Xscape?

TAMIKA SCOTT: They think we're not together (Laughs). They think we've broken up if they see three members and we're performing new music. We're still Xscape. Kandi still tour with us and we're doing individual projects. We're just taking full effect of our gifts and our talent. There are things we will do as a group and things we will do individually. We all have different personalities. People will get to know who Tiny, LaTocha, Kandi and Tamika are.

TERRANCE: Do you think we will get a duet project with you and your sister in the near future?

TAMIKA SCOTT: You never know. We've always talked about a full fledged Gospel album, because we grew up in the Church. Our father is a pastor, so again you never know what might happen in the near future.

TERRANCE: Lastly, are there any upcoming shows lined up in support of the Family Affair EP?

TAMIKA SCOTT: Definitely. I have a show here in Atlanta on December 12th at the City Winery. Visit https://citywinery.com/atlanta/tamika-scott-of-xscape-album-release-w-special-guests-12-12-19.html. I will be performing my new material as well as some classics. Q. Parker will be performing with me as well. The fans will get a chance to hear the EP before it drops the very next day on the 13th. 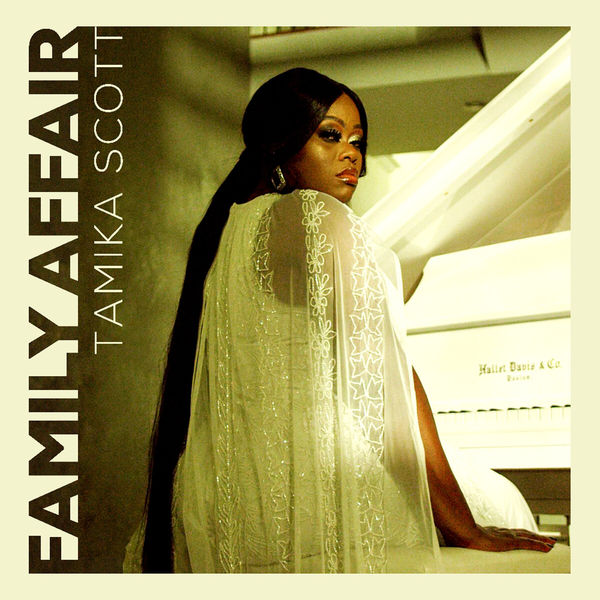 Pre-Order Family Affair on iTunes, Amazon, and Google Play. Pre save on Apple Music, Spotify, and Deezer
Posted by Terrance at December 03, 2019