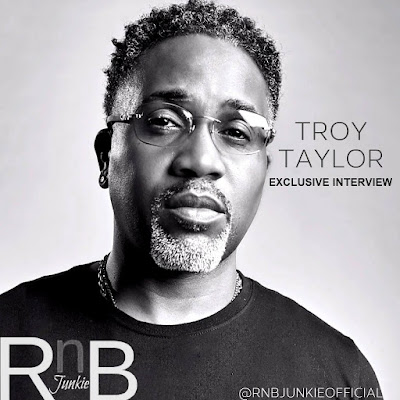 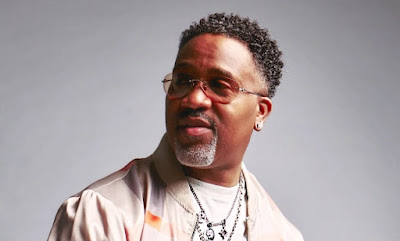 TERRANCE: This year marks your 30 years in the music industry. What has the journey been like thus far?

TROY TAYLOR: It's been interesting I would say in a sense. I went through a divorce when I was forty and I had to also make that Trey Songz Ready album in the process of going through that divorce, so that was the most challenging thing about it. I started off as a partner in a producer duo called The Characters. In 2002, I ventured off by myself and started a production company, Songbook Entertainment. It's been challenging but because I loved it so much, I've learned how to adapt to change with the times.

TERRANCE: You have a campaign called Mayor of R&B. Talk about that and the goal. 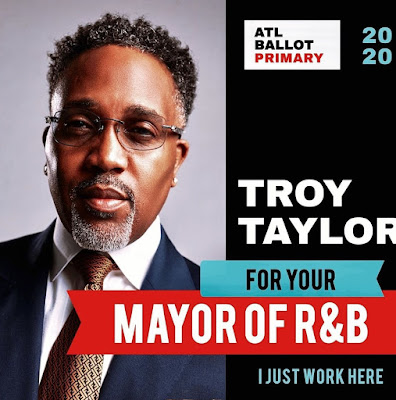 TROY TAYLOR: So I created this Mayor for R&B as a campaign to dedicate my experience, my love for music, my love for R&B to dedicating it back to arrangements, harmonies, bridges. All the things we don't hear in music today, so when I put it as a campaign, it just simply means dedicating myself to this generation to show them the value of these changes that makes R&B have the feel that we know it to be.

TERRANCE: What was your creative involvement in K. Michelle's latest album, All Monsters Are Human?

TERRANCE: Talk about the new Dru Hill single you produced called "What You Need".

TROY TAYLOR: So I actually Executive Produced the whole album and we have a lot of amazing songs. "What You Need" is a song that they felt would be a good song to start off with just off of it having the original Dru Hill type harmony and sound and it's a good song to blend in with their very first song "Tell Me". In concert, they in fact blend it in with that song, so it's just something they felt would be good to start off with. I did a lot of songs on the project.

TERRANCE: What was it like working with Kevin Ross on his single "Thing Called Love".


TROY TAYLOR: Well, Kevin is one of my proteges actually. He used to be my artist when he was signed to Motown and we just let him move out, move along and let him spread his wings out a little bit more to venture out and do his own thing, but he and I have a friendship as well, so whenever he needs me I'm always going to be there for him. He had the song, but with the way he recorded it, I felt his vocals needed to be stronger.

TERRANCE: As an established Songwriter & Producer in this industry, what makes a song great?


TROY TAYLOR: What makes a song great to me, is a song that has the ability to take you wherever you need to be when you need to go. If you wanna be happy, it can make you happy. A good song should make you feel the emotion of whatever it's saying and it should be able to be a soundtrack throughout your day to express whatever emotion you feel.

TERRANCE: What are your five career-defining songs you've written and/or produced?


TROY TAYLOR: Not in any particular order, it would be, of course "Sweet Lady" by Tyrese. "Neighbors Know My Name" by Trey Songz, because there's no song in the history of music with that title. "The First Noel", a Christmas song that I produced for Whitney, because it comes every year. "Just Came Here to Chill" by The Isley Brothers, because Ron Isley is like one of my favorite, favorite. "Your Love" by Boyz II Men, because that song was supposed to be for my album and when I heard them sing, I gave it to them.

TERRANCE: Which decades in music you would say influenced you the most and why?

TERRANCE: Where do you see R&B going in the near future?


TROY TAYLOR: I think it's gonna come back. It's going to really be more effective, because the millennial generation is growing up now, so they want more out of music. They're going to treat it a little bit better, because it's going to represent how they feel now.

TERRANCE: What are your thoughts when you feel you don't get the credit you should in this digital music era?

TROY TAYLOR: It's worse now than ever, because there are no CD's or inlays to look at and read. So now I have to resort to doing tags and as much as I don't like tags, I do understand now the importance of it, is for people to know that I worked on that song. I don't necessarily like it, but it's what I have to do. It's all part of changing with the times.

TERRANCE: Everyone have their perception of what success is. How would you define it?


TROY TAYLOR: Success to me is when you're at the point where no matter how hard it gets, you still find a way to smile. That's success. Because when you can't, no matter when it get hard and you can't find a way to smile and to keep moving forward, then you're not successful. When you have something that you love and you're successful at it, when hardships come as they do with anything, you tend to gravitate towards the thought and feeling of success, you know? I can't let this break me, so that to me is what success is.

TERRANCE: What was the experience like to win Dove Awards for your recent work with Donald Lawrence & Koryn Hawthorne?

TROY TAYLOR: That's amazing because I didn't see that coming because I'm an R&B guy, even though I grew up in Church. I do, do Gospel music but I still wouldn't have expected that to happen, so that was really, really great.

TERRANCE: What was it like collaborating with Whitney on "Unashamed" for the Just Whitney... album?


TROY TAYLOR: Well, that was a really, really interesting song for her if you listen to the lyrics. It was a little ahead of it's time I would say. I also worked with her on her Christmas project which was super interesting because I was able to audio record while I was working with her. I have a great audio of us interacting with each other while I was working with her which was super hilarious to hear her in her element, just being silly and just being Whitney. The most important and most honorable thing is that it's for me only and no one in the world has it, so in my masterclasses that I do around the world, I have a segment where I play those audios for people to hear how she was. 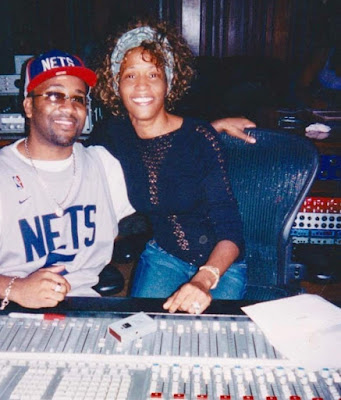 TERRANCE: One of my favorite Kenny Lattimore albums is Weekend. What was it like working with him on that project?

TROY TAYLOR: Kenny is my guy. He's one of my closest friends in this music industry. Doing that project was really great because it stretched him vocally. I did like six songs on that album. I was able to really, really, really push him into little bit more edgier performances rather than the smooth singing that he's used to.

TERRANCE: You worked with the late Tony Thompson formerly of Hi-Five back in '95 on his solo debut album Sexsational. Why do you think that album didn't live up to it's potential?

TROY TAYLOR: I think a lot of it had to do with his mental health. Mental health wasn't a big deal back then, but he was definitely suffering and had some mental health issues that slowed him down from doing all of the things that he needed to do to promote it and to be all that he needed to be. That's from my perspective from back then from what I seen. I just seen an unhappy person who wasn't really into it as he could've been.

TROY TAYLOR: That's a funny one because I felt like if you know the original Eagles song, it's a pretty mellow song and it's pretty easygoing. I did an R&B version of it, I felt like Nicci is clearly the lead singer but I felt like Max's voice fitted better. It became a little political because in order for it to be a single and to have the Brownstone sound, Nicci would've had to be the lead singer on it and so for the remix they swapped them out.

TERRANCE: There's an SWV gem you produced called "Surprise Me". Talk about that.

TROY TAYLOR: That's a song where I had all of the group sing on. Of course Coko sings the lead, but they all have parts in it, you know what I mean? I felt like if you're a group and you could all sing, then you should all have parts. The song could end with the lead singer taking it home, but even with like Boyz II Men. Usually Nate or Shawn would start it off and either would go next and Wanya would bring it home. To me, that's what a group does.

TERRANCE: And speaking of, how did you connect with Boyz II Men? I know you worked with them on their Cooleyhighharmony and II albums.

TERRANCE: Are there any upcoming projects that you're working on that you can tell us about?

TROY TAYLOR: Well, I'm always grooming artists. I'm still a big fan of Artist Development, so I always have artists under me who I'm grooming and working on. The next upcoming thing is the Dru Hill project. I've been working with Queen Naija and I'm working with Pink Sweat$, so that should be cool. There's a song coming with Lil Duval featuring Tank & Jacquees and it's going to be super hilarious and it's a really good R&B record and gonna be really good for R&B.

TERRANCE: Is there anything not discussed you would like to share with your fans, followers & the readers?

TROY TAYLOR: I'd say follow me and prepare to vote for me as your Mayor of R&B. When people ask, what does that mean? That just simply means to help me support the original components of what R&B music should have. The reason why it's not in a lot of music today is because the kids don't know how to do it. They don't know how to make changes. They don't know any theory, so they just tend to keep it repetitious because it's safe. 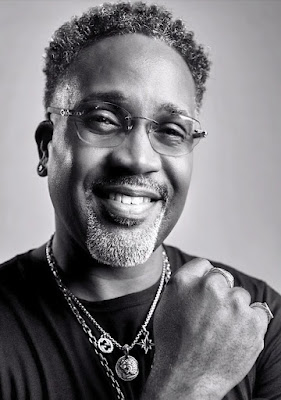 Email ThisBlogThis!Share to TwitterShare to FacebookShare to Pinterest
Labels: #troytaylor