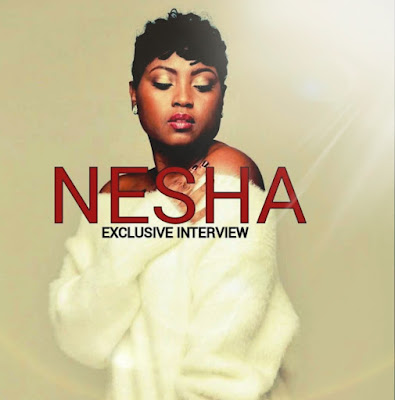 Nesha is a South Carolina native Singer-songwriter with a focus on creating lush and melodic R&B music with pop influences. She has a powerful voice, and a beautiful way to express herself through music.

I caught up with The Songstress to discuss her new impactful single entitled "Beautiful", her songwriting process, musical influences and much more.

TERRANCE: When did you first develop a passion for Entertainment?

NESHA: Okay, so I was 8 years old when I first took the stage and it was something that my parents kind of fought first, because when you're a kid, you don't really know if you have talent or not, but I was 8 years old when I took the stage for the very first time. Then probably by the age of 10, I knew then like, Wow. This is nice. This is really good and I just grew a love for the stage then. I was singing on stage with live bands since the age of 10 and that's kind of like my preference because of the energy of live instruments.

TERRANCE: Who were some influential artists who helped shaped you along the way to who you are today as an artist?

NESHA: I love a lot of the new artists, but most influential I would say Whitney Houston, Aretha Franklin, Patti LaBelle and Mary J. Blige.

TERRANCE: If you could pick five albums people should hear in their lifetime, what would they be?

NESHA: Oh wow. Prince's very first album For You. Michael Jackson's Bad album. I'd say Beyonce's first album Dangerously In Love is a classic. Brandy's self-titled first album. Marvin Gaye's last album Midnight Love and the reason I go back to it is because there's a song on there that I just love the melody of.

TERRANCE: One of my favorites from that album is "My Love Is Waiting".

NESHA: That's it. That's the name of the song. So every now and again I would go back and listen to a lot of older albums to get inspiration. That album kind of gave me a little bit of inspiration for my street album Love Chronicles, Vol. 1 that I did in 2011.

TERRANCE: And getting into your music, talk about the inspiration behind your new single "Beautiful".

NESHA: Actually, I wrote "Beautiful" about 10 years ago and it's about a female that's really trying to find herself and find out who she is. So, she finds out who she is and she finds out through all the things she's been through in her life that when she finally see herself for who she is she understands that she's beautiful through all the trials and tribulations. A lot of the things that we see in the media right now that we're going through in regards to skin color such as dark skinned girls, light skinned girls, brown skinned girls. We experience it a lot, especially dark skinned females in the industry. At one point in time, chocolate was not in. (Laughs). It just wasn't. They always catered to girls who were of lighter skinned or the divas. Those were the girls who were selling more than darker skinned females and darker skinned females go through a lot because they are trying to fit in and trying to be the center of attention in which it doesn't matter what color you are, it's the fact that you're beautiful regardless of your skin color. That has a lot to do with the song as well and it came from pretty much a lot of my friends stories that I've heard and they've gone through and I just compiled all of that into one record.

TERRANCE: Can we expect a visual for "Beautiful" anytime soon?

NESHA: Yes. That's something that's in the works that we're discussing now and how we're going to tell that story.

TERRANCE: How would you describe your songwriting process?

NESHA: It's a combination of my experiences and a combination of my friends and family. And again, I try to get inspiration from other old records that I may have heard years ago to create melodies and things of that nature and to get familiarity because nowadays when we listen to a lot of songs they don't have longevity. I want something that has longevity and familiarity to it, meaning that it may have been something that was played in the 70's or played in the 80's that had that same groove. So, my writing style kind of dictates that in a sense because I do want it to be a classic. I do want from 10 to 15 years from now for people still rocking to it. Even with my lyrics, I try to make sure my lyrics are meaningful in a way that people can really relate to the story I'm telling.

TERRANCE: Outside of Entertainment, are there any hidden talents that you possess?

TERRANCE: What are your views on the recent Police brutalities that's been happening in America amongst black people?

NESHA: For me, I think it's sad that we have not overcome a lot. For those of us who have been in little areas, we see this stuff everyday and it's just sad that we can't just love each other as one and seeking justice is important right now. I have a son, so I'm very fearful for him being in this world in this time. It's just not right with how a lot of things are going on.

TERRANCE: And lastly, what can we expect next? 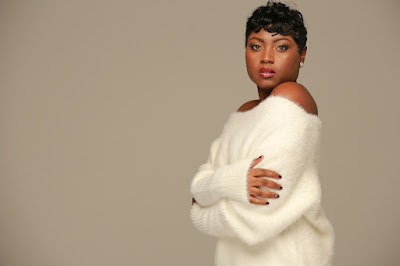