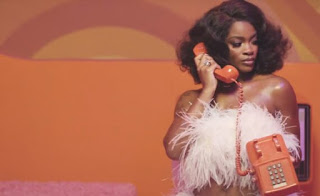 This week Grammy nominated Singer-songwriter Ari Lennox secures her first solo entry on Billboard's Hot 100 chart at No. 94 for her latest song "Pressure".

Lennox first made an impact on the Billboard Hot 100's at No. 48 for her collaborative song "Unloyal" with Summer Walker.
Posted by Terrance at January 06, 2022

Email ThisBlogThis!Share to TwitterShare to FacebookShare to Pinterest
Labels: #arilennox