New Video: Raheem DeVaughn Shares Visual for "If I Don't" 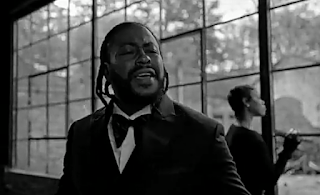 In a statement about the visual, DeVaughn says:

"I wanted to do something abstract and as always my sister V. Bozeman and I have great chemistry on film, so working with her again, was a no-brainer."

Bozeman previously collaborated with DeVaughn on his 2019 video for his single "Just Right".

"If I Don't" is featured on DeVaughn's recently released compilation album Raheem DeVaughn Presents From Lust Till Dawn.

Email ThisBlogThis!Share to TwitterShare to FacebookShare to Pinterest
Labels: #RaheemDeVaughn