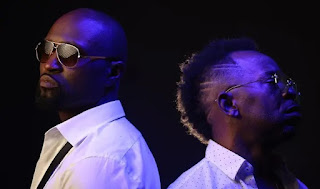 "The inspiration behind the song was to write a break-up song that left both people empowered instead of the usual break-up song where the couple hates each other." -David Chance

"We hope that this song bring a more peaceful approach to a break-up." -Dante Jordan

Written by Ruff Endz and produced by David Chance, "Congratulations" follows previous singles "Be the One", "Party Over Here", "Only One I See" and "Your Body" ft. Krayzie Bone and appears on their fifth studio album Rebirth available on streaming platforms.

Email ThisBlogThis!Share to TwitterShare to FacebookShare to Pinterest
Labels: #RuffEndz