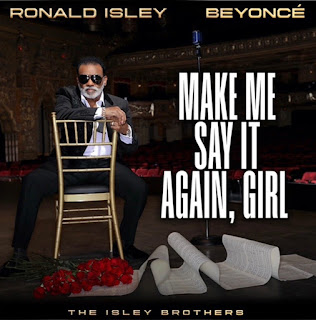 The Legendary Isley Brothers share a snippet of their upcoming collaboration with Beyoncé entitled "Make Me Say It Again, Girl".

Originally recorded by The Isley Brothers in 1975 for their No. 1 multi-platinum album The Heat Is On, The Isley's and Beyoncé's duet arrives to streaming platforms Friday, August 12th.