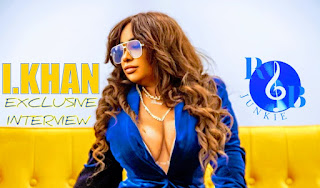 Born in Chicago and grew up in Los Angeles and New York, I.Khan (Indira Milini Khan) is a sultry young singer who comes from a musical family; her mother is the legendary Pop/Soul icon Chaka Khan.

I.Khan is known in the music industry as a prolific songwriter. It is her deeply personal songs and passionate writing that is true to her heart. Always striving as a singer and performer, she has toured extensively most recently with the Daughters of Soul and Rufus, both in the United States and Overseas. A benefit of I.Khan's travels with her mother on the road is her perspective on how music is a powerful influence in the lives of all people. Though she considers her music mainly R&B, don’t be surprised to hear some funk, rock and jazz spicing up the tracks in her forthcoming release.
In Spring of 2016, I.Khan made her film debut as she co-starred in the TV One Unsung Original movie Love Under New Management: The Miki Howard Story.
I.Khan's new single "Cry at Night" featuring rap legend Dana Dane is available on streaming platforms.
TERRANCE: Talk about how you got your earliest professional start in the music business.
I.KHAN: Well, my grandmother was always putting me in classes for the arts, so I developed a love for dancing. Ballet to be exact (I thought I would be a dancer when I grew up) but my aunt put me in a talent showcase when I was 14 and I fell in love with singing and performing with live audiences. It was invigorating. The energy took me over and the rest is history.
TERRANCE: Who were the key influences on you musically?
I.KHAN: My key musical influences are Prince, Natalie Cole, Minnie Riperton, Mint Condition... those are my core four! Hey, that rhymed *laughs*.
TERRANCE: Growing up, what was it like having Chaka Khan as your mother?
I.KHAN: I'm asked that question a lot and the answer is quite simple. I don’t know any other way so I can’t really do a comparison but I can tell you that on any given day coming home from school to celebrities on my living room couch, that was exciting.
TERRANCE: Describe your personality in three words.
I.KHAN: Passionate, loving and funny.
TERRANCE: What inspired your new single "Cry at Night" and how did it come together?
I.KHAN: Well, my producer Caviar Secret Specialist played the song for me because he thought it was a good fit for the project. At first it was my least favorite but overtime it’s grown on me and now it’s in my top 5 songs that I like on my project… go figure ha! 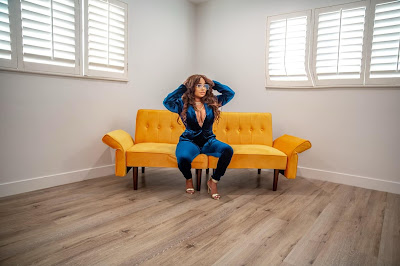 TERRANCE: You mentioned a project. Is that an EP or album in the works?
I.KHAN: Absolutely! I’m working on my new album as we speak and I have an album under my belt that I’ve decided to break up into single releases, so stay tuned there’s more. My focus is to make music that’s current that doesn’t take away from the integrity of the music that stands the test of time. I want to be instrumental in the longevity of my legacy.
TERRANCE: You made your film debut in 2016 portraying your mother Chaka Khan in the Miki Howard biopic Love Under New Management on TV One. What was that experience like and do you see yourself in more acting roles in the future?
I.KHAN: Yes I did! It was an awesome experience. I love acting and hopefully I can land some more roles that cater to my versatility.
TERRANCE: Who are some artists you're listening to at the moment?
I.KHAN: I live for Chloe x Halle, Alex Isley, Ari Lennox, Victoria Monét, Lucky Daye, 2 Chainz of course!
TERRANCE: What do you enjoy the most when you're not working musically?
I.KHAN: I love to swim, skate, watch movies, hang out with loved ones. I’m simple.
TERRANCE: Any final words you would like to share with your fans, followers and the readers?
I.KHAN: Yes, always believe in yourself and self-love is the best love... Also my new single "Love Ship" comes out November 18th. Y’all go cop that too. Love you, muah. 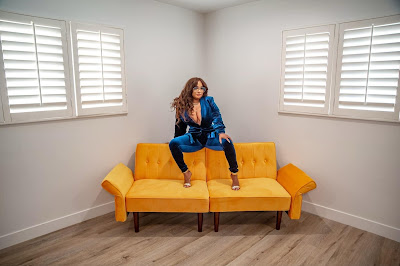 Email ThisBlogThis!Share to TwitterShare to FacebookShare to Pinterest
Labels: #ikhan