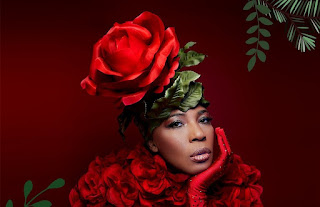 Grammy Award-winning singer-songwriter Macy Gray has released her first-ever Holiday album Christmas with You featuring her band The California Jet Club to all streaming platforms.

In a statement about the song, Macy Gray says:

"It was my bass players idea to do that song. I've probably heard that song a million times, but I never thought about singing it until he suggested the idea in the group text. So we just went in the studio and knocked it out - in LA, which is the least Christmasy place on earth! I think it was the fastest song I've ever done. I'm really happy with it. It's probably my favorite one on the record."

In other Macy Gray news, the singer will be releasing her eleventh studio album The Reset on Valentine's Day 2023.

Email ThisBlogThis!Share to TwitterShare to FacebookShare to Pinterest
Labels: #MacyGray