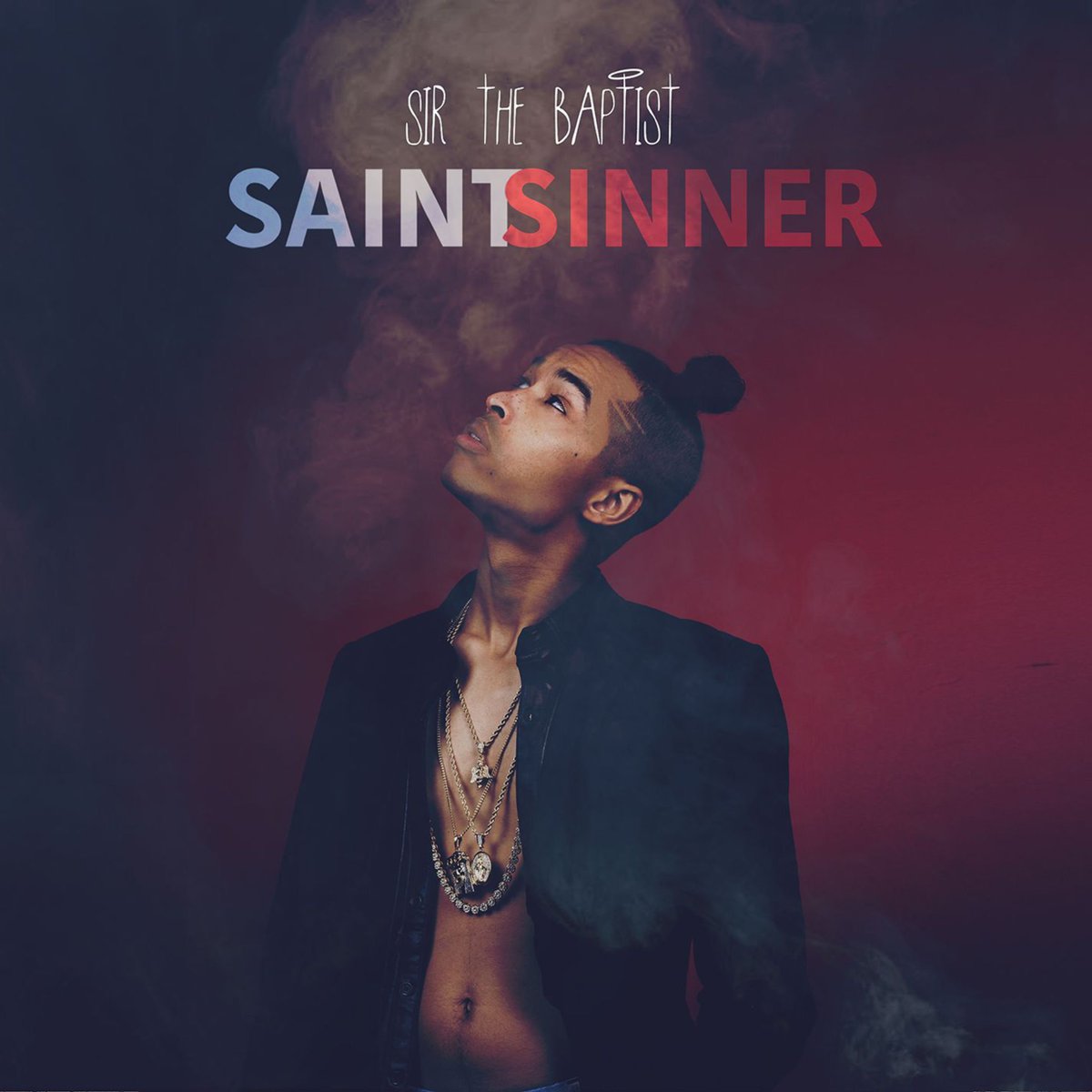 My interview with hip hop’s holistic lyricist Sir the Baptist who is proving himself to be a chaplain of the modern rap culture. Through honesty, love, joy, pain, truth and enlightenment; listeners are left with ideas of hope and the possibility of change. We discuss Being a Preacher’s Kid, his debut album Saint or Sinner, “Deliver Me” with Brandy and more...

Terrance: First tell me a little about what is it like being a Preacher’s kid and do you feel there’s any misperception to it?

Sir the Baptist: It’s absolutely what it is. I’m a Preacher’s kid and I have carried the best and the worst of me. I believe part of why Preacher’s kids go through life and take it harder because our parents are praying demons off of people and sometimes bringing them home so we have to kind of deal with that on our end but it’s the balance what’s amazing, to have the balance of your higher self and your lower self.

Terrance: Got you. So when did you realize you were ready to share your gift to the world?

Sir the Baptist: Well I was driving Lyft and I would try every song on every passenger that would get in the car. If the passenger looked like they would like Jazz, Hip Hop, R&B, whatever it was I tried to play a song that I created to cater to that person and after a while people were like, Oh I love this, I love it and people started following me on Instagram and all of social media and then I realized, you know what? I have created something for people instead of just making it about myself and that’s when I knew I was ready.

Terrance: For those who are just getting a glimpse into your music, sonically how would you best classify yourself?

Sir the Baptist: I think my sound is a spiritual experience and I’m trying to make it even more of a spiritual experience. Last night I spent time in the studio and we only did two takes of this song and I brought in close to a hundred people to do this one moment and everybody’s singing and going into their own little thing and it’s an experience. I think it’s just that. It’s a spirituality to Hip Hop.

Terrance: What has the response been like for your debut album Saint or Sinner thus far?

Sir the Baptist: Well I give out my number online, on TV performances and stuff like that so people really have a chance to just chime in and text me and it’s been amazing and on the day of, of course I got thousands of text messages to the point where my phone crashed. People were like they appreciate it and thank you for not being self-centered and not making your art all about what you got and I don’t have. There’s a million different things people shared that showed me, like this is why I did this.

Terrance: Talk about the creative and recording process and what led to the reasoning behind the title?

Sir the Baptist: Well, my album tells the story of Ray Charles, Michael Jackson, Whitney Houston, Prince, anybody great that came from or was influenced by the Church in any sort of way. They went through this like hey I want to do something bigger with my voice other than just stay in the choir but wait, the Church won’t love me anymore if I do that and I’m going to hell because I’m singing sinners music and then when I get out here in the world I realize I’m not worldly enough to be out here so you have to balance your spirituality and street sense. “Saint or Sinner” which is the title track is actually the saddest song ever. I cry every time I listen to it because you ask yourself am I a saint or a sinner? I don’t even know anymore based on Politics and Religion, I don’t know if I’m saved anymore because I don’t act the way they want me to act and then in the streets I don’t know if I’m a sinner because I don’t enjoy all the things people are doing I can’t go that crazy so during this album process there was a lot of crying and going through what I went through in order to communicate with the world about things they don’t talk about with other people like domestic violence in the church, nobody talks about that.

Terrance: How did the song “Deliver Me” which features Brandy come about and what was it like working with her?

Sir the Baptist: The song I had a while before she got to it. The song is about my sister and then reflecting when she was beaten by her husband and I was really mad at him and wanted to kill him and then when I realized what I did to other women I said you know what? I’m that guy I just don’t put my hands on a woman but I was that guy that’s hurting someone so that’s the reason the record came about and just working with Brandy was really dope. She came in and did her part and made it amazing and added the pieces that I requested. I wanted her to go to Church. It wasn’t a moment to just shine as far as vocally but to tell a story with your vocals and she did just that.

Terrance: What’s the one song on the album that currently best represents your state of mind?

Sir the Baptist: That’s a good question. I think I would have to say it’s a toss up between “God Is On Her Way” and “Heaven”. “God Is On Her Way” is like you’re getting back into dating and you’re trying to find out if this is right or how does it feel. It’s a love song of longing for love which is amazing but also “Heaven” and heaven is what I’m doing right now. I’m going around the nation and the world this summer trying to get people to understand that they too can have heaven in hip hop.

Sir the Baptist: Yeah ChurchPpl that’s my people, they actually have some stuff they are about to release. Amazing group of talented people from all over the world come together. People I don’t even know, we jump in the studio and they try their gifts.

Terrance: What is it you hope people take away from their listening experience with the album?

Sir the Baptist: I hope that people can become a little bit more holistic you know? That you are a saint and you are a sinner and that’s okay because more than anything you are a human. That’s the most important thing and I think people are starting to take away from it and go okay wow! I love this message, this one is funny, this one is stupid, this is me when I’m drunk, this is me when I’m in Church, you know what I mean? They get that in a full album and can be like this is who I am.

Terrance: Aside from the album release are there any other goals you hope to achieve this year?

Sir the Baptist: June 1st I’m going to do something with my kids; I have two kids they are amazing. They’re going to release their own coloring book for Children’s Day and it carry the same principles of breaking the rules of religion and making sure we teach kids the way they are supposed to be taught and we’re doing that with a lot of Churches. I’m going on tour for a very long time, I’m going overseas and performing at Afropunk Paris and all of that. I’m also releasing expansions; like I said a hundred to how many people can possibly fit in a room and we’re just having a moment so that’s going to be another thing and just constantly releasing stuff and building relationships with people.

Terrance: Anything you would like to add not discussed?

Sir the Baptist: I’m performing at the Essence Fest this year. I’m working with a lot of artists because I produce and I’m trying to implement something into the culture and I think a lot of artists are starting to see that there’s going to be a shift whether they want it to be or not. I just ask your readers if they see me push another artist to give them the chance because we’re all trying to take our stab at changing the culture. If you see your favorite artist go to Church on their next album and we’re working together it’s time to shift the culture with me. This is a family job, this is a community effort. I appreciate you for taking the time to talk to me.
Posted by Terrance at May 22, 2017