The O’Jays Announce Retirement from Music in 2020 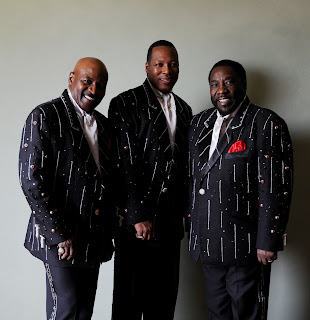 For more than six decades Grammy Award-winning R&B vocal group The O’Jays known for classics such as “Love Train”, “Back Stabbers”, “Used ta Be My Girl”, “For the Love of Money” and “I Love Music” has recently announced their retirement as a group. Founding members Eddie Levert and Walter Williams who are 75 and 74 respectively indicated that they’re planning two more years of performing before closing the door. Newest member Eric Nolan Grant who has been with the group for 22 years says when they retire, then that’ll be the end of The O’Jays.

Email ThisBlogThis!Share to TwitterShare to FacebookShare to Pinterest
Labels: The O'Jays