Interview: Rico Crowder from Sons of Funk - New Single “Love You Back” | Essence Fest Reunion | Life after No Limit 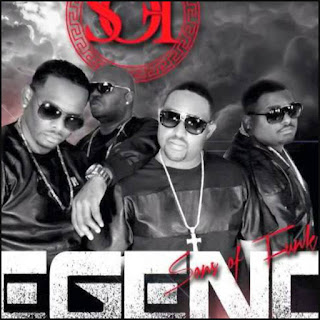 It’s been 20 years since Sons of Funk who hail from Richmond, CA bursted on the scene with their billboard debut hit “Pushin’ Inside You” on Master P’s No Limit label. I caught up with founding member Rico Crowder to discuss the group’s return to music, the Essence Fest reunion with No Limit, how they were formed, life after No Limit and much more...

Terrance: For those who haven’t been in the loop with Sons of Funk’s return can you share what you guys are working on and what we can expect in 2018?

Rico Crowder: Well, our newest and greatest contribution to the world is a single called “Love You Back”. It’s more Adult Contemporary type music. It’s for the swingers and the steppers. We did a collaboration with Cupid and so it turned out really well man. I had been looking for Cupid and he had been looking for me after we did the Essence Fest with Master P and we finally linked up and he was like man send me some of your music and so I sent him a range of songs. We go literally like from the stepping all the way to if you will, Rage Against the Machine and any and everything in between. That’s how our music is right now so we’re not stuck in one genre of music. It still has a flavor of soul in it but it’s lending itself to different types of music like I said Rage Against the Machine, Bruno Mars, all the way down to soul. It’s been really fun cause we’ve been able to touch many different people and artists we like personally and do some collaborations with them.

Terrance: What was that experience like reuniting with Master P and the No Limit soldiers at the Essence Fest?

Rico Crowder: Oh man, it was phenomenal. The best way if you really would like to see what I experienced would be like that movie Girl’s Trip. Man I promise you everything they were all doing in that movie, we did it. They shot the movie like a year before and I was like somebody went and filmed our whole little process and all the way to staying down at the Hyatt so it was phenomenal. It was a reunion and a lot of us hadn’t seen each other in a long time so it was like let’s make this a phenomenal show because we don’t know when we will see each other again. So now what we’re doing in regards to Master P we’re looking to do “I Got the Hook-Up 2” and for Coca-Cola to sponsor the No Limit reunion tour.

Terrance: Talk about how Sons of Funk were originally formed.

Rico Crowder: So I’m the oldest member and I had another kat I used to sing with. Dez and Greg are my younger cousins and they were doing music together, but you know when you’re older and they’re younger you really don’t pay them too much attention. It was around Spring time 1993 I would say, we were by this lake called Lake Merritt in Oakland, California and I seen my cuz and he was like cuz man, I want you to come hear my music and I was like okay man. He put on the music and I was pleasantly surprised. He had this beat that was phenomenal and I was like cuz give me this beat and we’ll come back tomorrow and I’ll guarantee you we’ll have a hit song. We had this song called “If Your Body Says Yes” and we were selling thousands of copies out the trunk. So that turned out real good and we got a couple more record deals and all of a sudden we recorded “Pushin’ Inside You”. At that time I had a buddy who worked at a barbershop and I walked in and I saw this picture of a dude with gold teeth and I was like, where this brother from? And so my buddy said that’s Master P from New Orleans. I said what he do and he said he rap. About 10 minutes he walked in and we sat down by each other and was talking and P could have been a comedian as well, he had everybody in the barbershop laughing because he’s hilarious. He said, you sing right? I said yeah I sing and you rap, right? And he said yeah and we made a bet, if ever I make it I help you and if you make it you help me, you know? So we thought that would be a good deal and so all of a sudden Master P became super successful and I didn’t know he was at the time and long story short, we had went to Los Angeles to look for another record deal and we went to Priority Records and I saw P and I had known he got a deal with Priority but I didn’t know he was like the Michael Jackson of Rap in the South. I had no idea. I was on the West Coast and he was super successful and we were still getting accumulated about No Limit in the West Coast, so I was like, P what’s happening? I’m trying to get a deal and he was like come on if you’re still writing them good records. So he invited me upstairs to Priority Records and he said, listen man if your music is what you say it is I’m gonna make y’all one of the biggest R&B groups out. So I gave him the song “Pushin’ Inside You” and two seconds later we were signing the record deal and the man put $100,000 in each of our pockets so he spent $500,000 on us within’ five minutes and I’ve never looked back since man.

Terrance: What was life like after No Limit and what it taught you?

Rico Crowder: Well, we’re cousins so we’re always together but I had moved to Louisiana from Los Angeles and I really wanted to see who I was outside of music and so we just did a little hiatus and I realized I could survive, you know? I started getting in real estate again, flipping houses and buying and renting out. So we all got back together and we came with some really good records man and we’re ready for the world.

Terrance: “Pushin’ Inside You” has gained quite a following in the past 20 years. Initially did you all know that would be the one?

Rico Crowder: That was the one man and thank God. But like right now we got another one called “Love You Back” and it just took off by itself. DJ’s loving it and people loving it and it’s gonna be a good lil venture so we’re on our way back. We’re about to give the world some good R&B.

Terrance: Is there anything not discussed you would like to add?

Rico Crowder: Man I take pleasure in you taking your time to even call me, you know? I also want to say to a lot of the young and probably some old too to be appreciative people would take their time to interview you or people would take their time to ask you for your autograph. I mean, because that says a lot, you know what I mean? Because they don’t have to do that. I’m just so appreciative that someone pay to come see me. I’m just a human just like them and so you mean you would take time out of your family or whatever you do on a daily, to come and engulf yourself in who I am and the craft and musicianship I bring to the world? I’m so greatly appreciative for that, truly and honestly and I’m truly humbled by that.