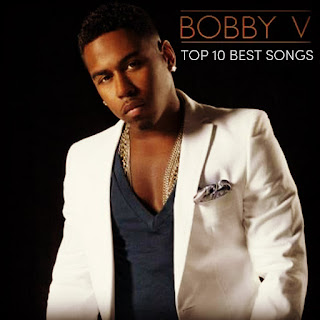 As we’re anticipating the arrival of R&B Vet Bobby V’s seventh studio album Electrik on March 9th, it’s only right for us to reflect back on some of his best songs spanning his past six albums and a few honorable mention songs in our latest edition of Top 10 Best Songs.


One of the standout songs from Bobby V’s The Rebirth album and released as the second and final single.


Bobby V joined forces with R&B Legend R. Kelly on this Pentagon-produced remix. The original version appears on his fourth album Fly On the Wall.


Released as the lead single from Bobby V’s The Rebirth album and features rapper Yung Joc on this Art of Noise “Moments In Love” sampled track.


From The Rebirth album Bobby V samples Tony! Toni! Tone! 1991 R&B hit, “Me and You” which was well-received by critics and fans alike.


Produced by Rodney Jerkins, this R&B mid-tempo was chosen as the lead single from Bobby V’s sophomore album Special Occasion.


The dynamic and passionate duet with K. Michelle was released as the final single from Bobby V’s fifth album Dusk Till Dawn.


Released as the second single from Bobby V’s debut album Bobby Valentino, and while it was not as successful as “Slow Down”, the infectious mid-tempo groove has remained a fan favorite.


Back in 2005, Bobby V released his break-out single in collaboration with Tim & Bob (one of many) which eventually drove his debut solo album Bobby Valentino platinum.