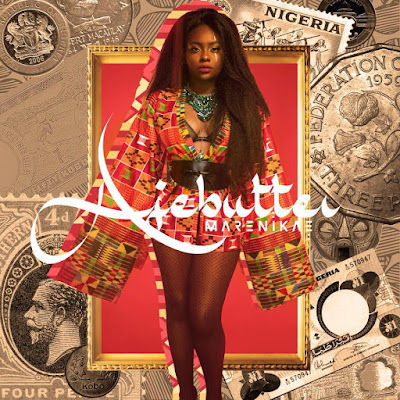 Nigerian singer/songwriter Marenikae has released her highly anticipated debut album Ajebutter. An eclectic mix of rich African culture meshed with Western European subtexts and overtones. The project is a refreshing journey into the mind of a Nigerian millennial with womanist roots. I caught up with Marenikae who details the backstory to the songs track-by-track from it’s bold lyrical statements to it’s diverse musical influences... 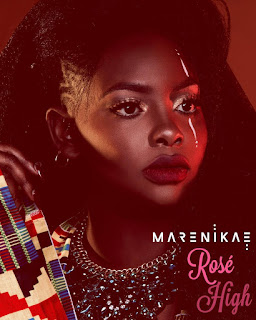 Rosé is a very special song to me because it was the first song I wrote after being ill. I had been ill for ten months and I had writer’s block as a result. It actually strengthened my spiritual life because God promised me a song, when I felt like I was done and my illness had gotten the best of me, I feel like he gave me Rosé as a gift so it’s really special to me. It’s main subject matter is a relationship or a love situation that you’re really not sure about being in. You initially want to begin it but after getting a taste, you realize it feels more like an addiction and gives you a high but it might also not be good for you. So the song describes the battle, the inner monologue and it’s also about resolving inner conflict. It’s in an Afro-Contemporary style and is inspired by one of the first Nigerian R&B artists Dare Art Alade. He was the first person in Nigeria where I was growing up to really break away from traditional African music and do something different. I even used the intro ‘This is brand new for you’. That was his intro he used when he released the song “Escalade” and that was the first time in my Country a Nigerian artist was doing true R&B music. 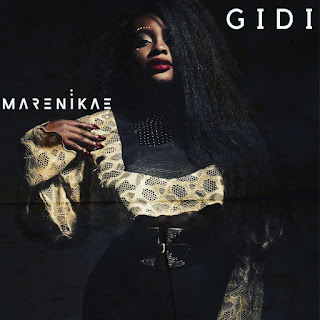 “Gidi”
This is actually a homage to where I’m from. I was born and raised in Lagos, Nigeria and the nickname for Lagos is Gidi. It’s pretty much an ode to hard work and honest living because when people come to Lagos, Nigeria all they think about is the glitz and the glam and only 20% of the population lives that way. The rest of the population has to do serious manual labor to get by, so the song is pretty much about highlighting the manual labor that majority of the people have to do in order to get by, in contrast to the glitz and glam that is expected. The clown in the red outfit is super important to me because it shows the lengths that people are willing to go to provide for their families. Another theme Is the stigma and stereotypes that surround Nigerian men being internet scammers, frauds and disreputable, so I wanted to highlight Nigerian men doing hard and honest work. 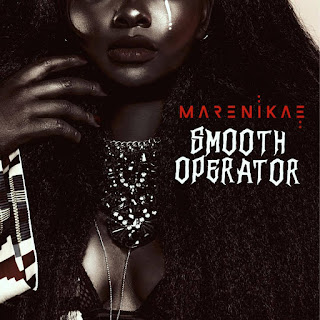 I love Sade. She’s like the biggest Nigerian artist to ever do it and is such a huge inspiration for me. I intentionally named it “Smooth Operator” so when people searched for the song, my name would pop up under hers one day. It was written about the term “Ajebutter” which is what the album is called. The term for “Ajebutter” in Nigeria is a slur for like privileged kids who grew up in the 20% and the word is used to devalue your authenticity and the term in English actually means “I eat butter”. It comes from a time in the past that only certain Nigerians had electricity in their homes and if you had electricity in your home you could have butter, so kids who grew up privileged grew up eating butter because their parents had access to electricity. So the song is my way of taking back the term and the insult attached to it and telling my “ajebutter” story, because they matter and they are part of the Nigerian consciousness. It’s also meant to encourage people to not be ashamed of themselves and however they grew up and just to stay true to whatever their “butter” is. The first line is “That’s my motto, you can’t chill on my MOTO”. And Moto is a Nigerian Pidgin word for car, and that’s something lagosians do they just disrespectfully lean on people’s cars while they’re parked. Lol! So I’m saying don’t lean on my car....and using that as a metaphor for disrespect, Also to not underestimate me or anyone else because you assume I’m an “ajebutter”. Don’t underestimate anyone regardless of what they look like on the outside, be it”cool” or “smooth”. 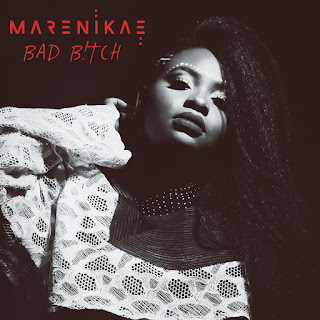 “The Bad Bitch (Interludes)”
I wanted the song to feel like a slap across the face. It’s very anthemic and brash and it’s purpose is to remind women to stand up and be proud of who they are. It’s like that phone call you get from your best friend who has to tell you “bitch get your shit together and pull yourself together”. 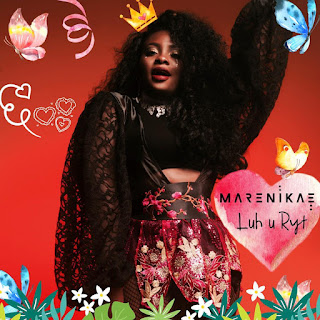 This is actually the most traditional and local sounding song on the album. It has an African beat but it’s written in a very contemporary style with a Backstreet Boys interpolation. The song is about trying to convince a lover or a friend that unconditional love is given freely and not earned and to try again after a broken heart. 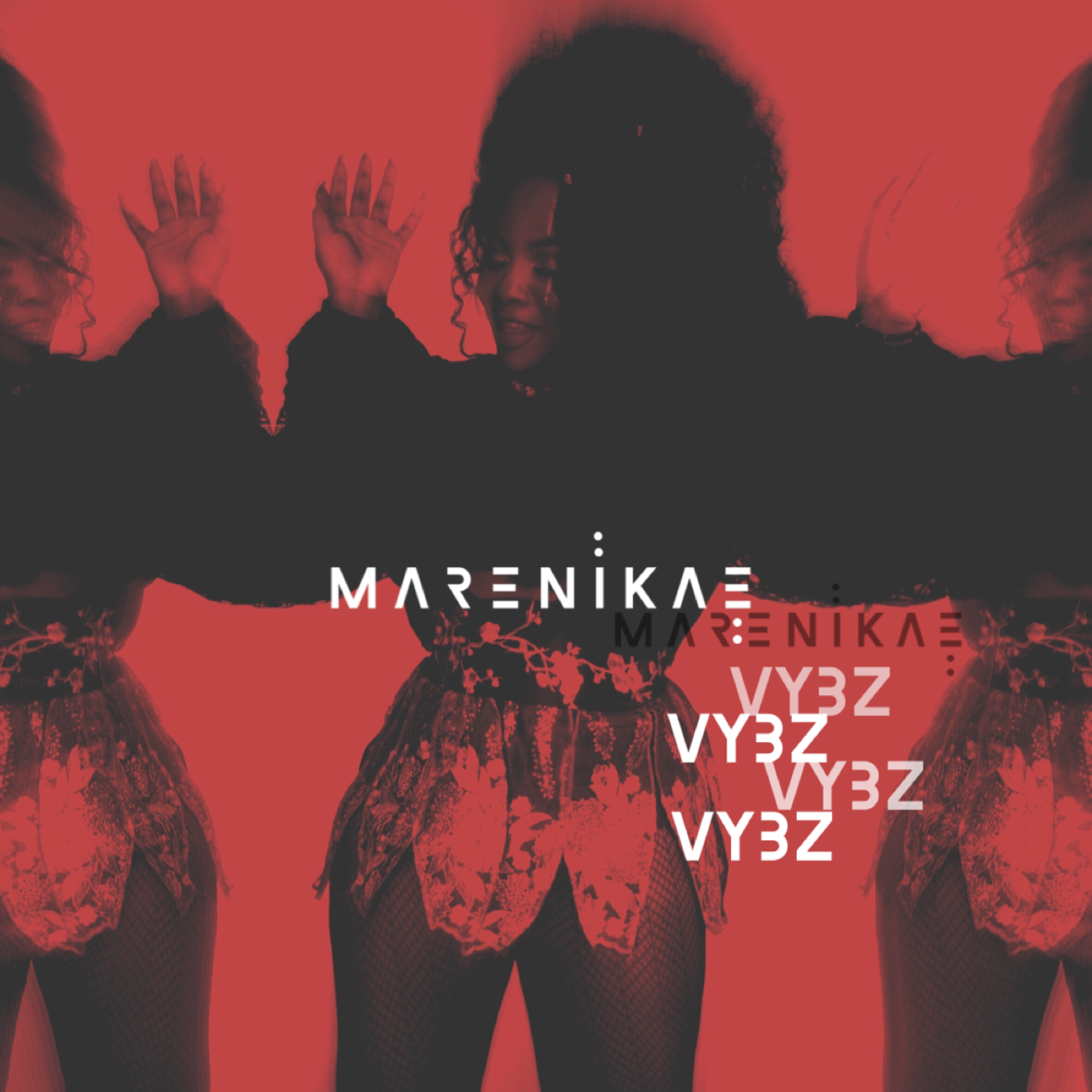 “Vybz”
This is one of my favorites. It’s a really fun song about fronting and fantastic things happening wherever I am. On my album, a lot of the songs have the woman taking the lead role as opposed to the guys. Not necessarily asking them out but being more active, more selective and more certain about who you want to spend your time with. So in “Vybz” you’re having a conversation with somebody and you’re convincing them to come to wherever you’re at because fantastic things happen “anywhere I dey”. (“Dey” is a pidgin word for “am”). And this person is fronting way too much and is gonna need a lot more convincing than you’re willing to do and you’re telling them this and wondering why they’re playing hard to get. There’s an interpolation of the Yoruba term and song “GONGO ASO” that was coined by a Nigerian artist called 9ice which means “fantastic things will happen”. 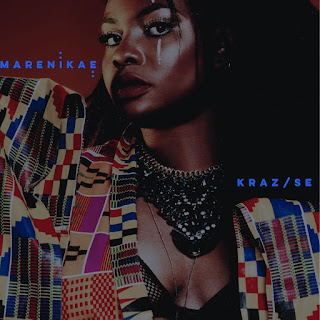 “Kraze”
Again, of course it’s about the woman taking the more active role. Men are chatting all this noise to the protagonist, trying to convince her of their love and adoration. But she can see right through them and she tells them that they can’t really handle all of her fire and that they think they’re in love because she’s a “KRAZE” and it happens to her often cause that’s how dope she is but they can’t really handle her. Very Cocky. 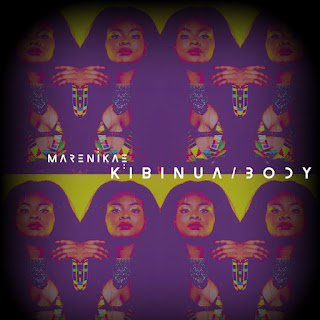 It’s a traditional ballad. Kibinua means shut up in Efik, which is my mother’s language. It’s a cautionary tale for young women to be careful who they give themselves and their all to because at the end of the day the only thing you have is yourself. The song is really funny cause it was written like an African mother talking so she’s actually telling the girls, “KIBINUA! listen, because I won’t say it again.” Lol.

“Cool Ajebutter (Smooth Operator Mix)”
It’s the remix to smooth operator. I enjoy a good remix because it allows me the chance to give a song new life. This is my favourite song on the album.  It was originally the beat for Smooth Operator. The story for this song is funny because I hastily paid too much money for the beat before realizing I didn’t like it as much. So my sound engineer and I took it apart and completely revamped it. I never let anything go to waste lol. 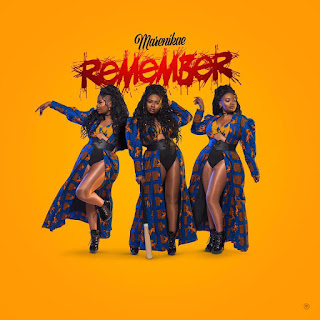 
Remember is one of the most interesting song on this project because I’ve been working on it since I was like 21. I’m 25 now. I’ve had different cuts, different versions and different engineers. When I first started working on it, this album wasn’t even a thought, so I had to do a different version for the place that I was at now in my journey. Which is the Afromerge version. This song was conceived after my grandmother told me a story about Efik Tradition and how wives were expected to take care of their husbands mistresses in extreme ways, like cook breakfast for them the morning after, etc. I was enraged by that idea and “Remember” was born. The Afromerge Version is my second favourite song.