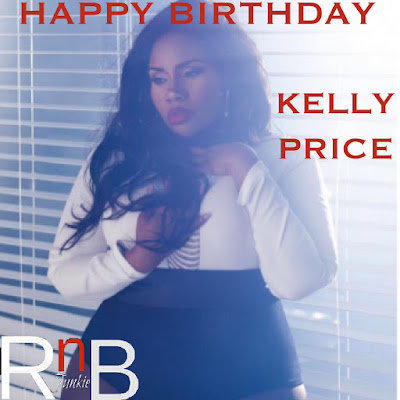 In honor of Kelly Price who celebrates her birthday today, we have compiled the R&B powerhouse 10 best songs in our latest edition of Top 10 Songs. The list spans her 20 year professional career from her debut album Soul of a Woman to her last offering Sing, Pray, Love, Vol. 1: Sing, so without further ado we present Kelly Price’s Top 10 Best Songs.

09 NOT MY DADDY FT. STOKLEY OF MINT CONDITION

On the remixed version of “Secret Love”, Price collaborates with the So So Def All-stars on this upbeat groovy song.

Price earned yet another Grammy nomination with “Tired”, which was produced by frequent collaborator Shep Crawford and released as the lead single from the Kelly album.

Written and produced by R. Kelly, this powerful song was issued and released on the Life Motion Picture Soundtrack.

04 YOU SHOULD’VE TOLD ME

Produced by Gospel super-producers PAJAM, “You Should’ve Told Me” was released as the second single from the Mirror, Mirror album. A great example of Price’s vocal theatrics centered around a theme of being let down by a lover due to insecurities.

Released as the final single from Price’s Gold-selling third album Priceless, the Grammy-nominated song is a reference to Valentine’s Day which she gushes about a February 14th marriage proposal in the appropriately titled song.

Price earned a Grammy-nomination for her remake of “As We Lay” originally recorded by The Human Body and later Shirley Murdock for her sophomore album Mirror, Mirror which sparked a renewed generational interest and captivated the album to platinum status.

In 1998, Price teamed up with R. Kelly & Ron Isley on the remixed version of “Friend of Mine” which Isley portrays her Godfather. It became her breakout hit and eventually drove her debut album Soul of a Woman platinum.

Soul of a Woman
Friend of Mine (Original Version)
Healing
Conversations With HER ft. Algebra Blessett
Speechless
You Complete Me ft. Daron Jones & Q. Parker of 112