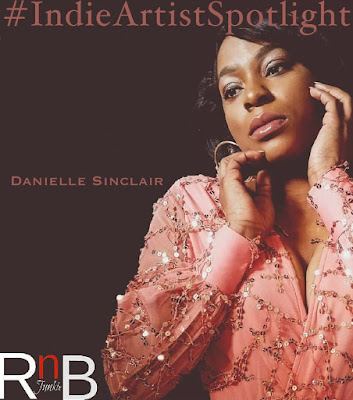 Danielle Sinclair: Umm. It’s kind of hard because I don’t think that I sound like what’s out now. I think I have a different sound from what’s mainstream right now, but I will say I’m kind of on the classic R&B side. I would say I'm more classic R&B than what’s out now. I don’t know. I haven’t really pinpointed exactly what I sound like right now. If that makes any sense [laughs]?
When did you realize that not only could you sing, but you were a gifted songwriter as well?

Danielle Sinclair: Umm. I would say I realize that I could sing at a young age. I would probably say I was about seven or eight, and I was actually singing a Toni Braxton song. I believe it was “‘Unbreak My Heart,” and I was like “Oh, I sound kind of good!” So from then on, I started singing in church and choirs through school and stuff. I started actually writing poetry first, and I did that when I was about fourteen. I started writing poetry at fourteen and began writing songs at about sixteen years old.

Being that you’re a singer-songwriter, how important is it to bring your authentic life experiences into your artistry?

Who are some of your top musical influences?

Danielle Sinclair: I would definitely say, Brandy. I like a lot of old school music like Aretha Franklin, Gladys Knight, Toni, and Janet Jackson, a lot of females. I like a lot of male R&B too. You know, Brian McKnight and Tyrese, people like that.

Since today is ‘#ThrowbackThursday’, what are three albums you feel every artist, songwriter, or producer need to study?

You released an EP this year titled 'Ms. Jackson'. Can you tell us a little about the concept of the EP? 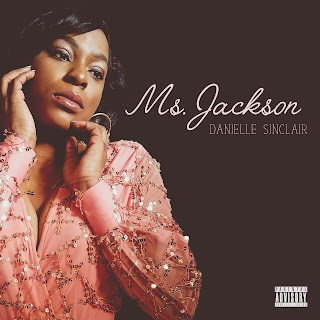 Danielle Sinclair: Yeah, really what I tried to do on my EP is try to pull from different parts of my personality, so each song kind of a different side of me. Like ‘Janet’s Them’ was the sensual, sexy, seductive side. The second song is called ‘Secrets,’ that’s kind of like I’m going through it. I’m heartbroken and finding out some information that I didn’t know about prior. ‘Sex Back’ is kind of like a liberation song. I’m trying to take back the power from someone who hurt me. ‘Paris’ is a turn-up song, you know a little ratchet [laughs], or a lot of ratchet but it still has an R&B vibe to it.

On your song ‘Sex Back,’ you showed that you could dabble in rap as well?

Danielle Sinclair: Yes, that kind of happened overnight. I think it was a couple of years ago when Monica did the #SoGoneChallenge. Everybody was like rapping; even the people who didn't usually rap. I’m just like "Oh, I should try this,” and I ended up doing the #SoGoneChallenge. I got such a huge response from it, like a positive response and then I started incorporating rap, (well I wouldn’t call it rapping I’m more like a lyricist), into my music. That’s how ‘Sex Back’ came about.

I truly enjoyed listening to your ‘Ms. Jackson’ EP. I admire your skillful usage of words and wordplay. It was refreshing, as well as showed your versatility. Which song from your EP do you feel like you connected with the most?

Danielle Sinclair: The one that pulls on my heartstrings is probably ‘Secrets,’ that’s the second one on the EP. Yeah, definitely ’Secrets.’ I vibe out the most to ‘Janet’s Theme,’ but ’Secrets’ is definitely like the most personal one to me.

Will you be creating visuals to go along with the songs from your EP?

Danielle Sinclair: Yes, I am working on the visual for ‘Janet’s Theme’ now. That’s in the works, so I am excited about that.

What’s next for Danielle Sinclair? 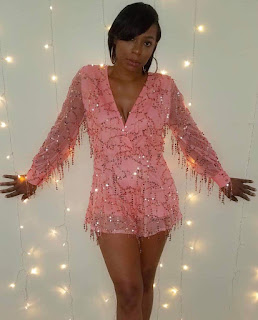 Danielle Sinclair: They can find my music it’s on all streaming platforms iTunes, Google Play, Tidal, Spotify, Deezer, and Amazon. It is literally everywhere. On social media, Instagram you can find me at @DanielleSinclairSing, on Facebook Danielle Sinclair, and on Twitter @DaniSingclair (that’s @-d-a-n-i-s-i-n-g-c-l-a-i-r).

Thank you for such a great interview!

Danielle Sinclair: Oh, no problem. Thank you for taking the time to do this because I mean as an independent artist it’s hard for us sometimes to get the exposure we need. I really appreciate it.
Posted by Idealistic Ambition's at August 27, 2018