An Interview with Conya Doss 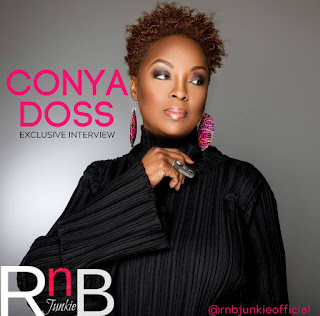 With a musical career that spans almost two decades, the beloved Singer, Songwriter, Instrumentalist, Innovator and Educator CONYA DOSS returns with her eighth studio album titled Clear. The 13-track project features the singles “I’m Trying”, “Back to Us” and the retro-vibe “Until”. I caught up with Conya Doss to discuss the album, what motivates her, her misconceptions, upcoming mini tour with Kindred the Family Soul and much more…

LISTEN TO THE SINGLE “UNTIL” BELOW:

TERRANCE: How does being a Cleveland native impact your music?

CONYA DOSS: I feel that being in Cleveland we have a lot of talent, however there's not a lot of outlet's as you find in maybe New York and even California, so I think that a lot of us here are just putting more effort and time into our craft and when we really get that chance, we work hard at it.

TERRANCE: You recently released your eighth studio album Clear. How does it differ from previous efforts?

CONYA DOSS: I think in life, everything evolves so you're always gonna have some different experiences and everything. I think this particular project is a reflection of that, you know? Being more vulnerable, being more alert about things that I want to talk about without being overly cautious about it. This is what need to be told, this is my story and this is what I'm going to talk about, so I think it's just growth as far as me growing as a person, so of course there's going to be some degree of evolution.

TERRANCE: So that's where the album title was inspired from?

CONYA DOSS: Oh yeah. And just to go back on that a little bit. If you think about it, on Just Because or Love Rain Down, I wasn't a mother then. On Blu Transition I had my son, so it changes your perspective on how you look at things.

TERRANCE: What can you tell us about your single "Until"?

CONYA DOSS: Oh my. "Until" is like one of my favorites because it just have that ol'skool vibe. I haven't done a video and I don't know if I plan on doing a video for it, but I can just see myself in a suit with a bow tie and some doo wop singers (laughs). It's just a feel good song and just about unconditional love. You know some things are not possible. You know that the moon is never gonna be out the same time as the sun is, so it's like, you are really asking me that? It's unconditional.

TERRANCE: One song on the album that resonates with your current state of mind.

CONYA DOSS: "Unbreakable" I think. I like that because it resonates with a lot of things that's going on in today's society, especially with African-American people and African descent, period. It's like, no matter what we go through whether it be a societal thing or an internal, we’re a strong group of people and it’s like, you can’t break us. You’ve tried for Centuries and you still can’t do it, so I think that resonate with me at this moment because that’s the thing with my music, it depends on the situation and what’s going on at that time.

TERRANCE: The song "Misconception" has been described as a departure from your sound. How did that song come about?

CONYA DOSS: Yeah it totally is. That's interesting that you said that because the producer on that song and I were just talking about how people have perceptions about certain people like me. If you don't know me you would think that I'm quiet or some people would perceive that as being stuck up and that's totally not me if you know me or stand off-ish and I'm like, no you don't know what's on my mind. I'm always thinking about things but I'm probably one of the most giving people that I know. Even relationships sometimes they go left because people don't communicate, once again it leaves room for a lot of misconceptions. It was interesting in doing the song because I even did something vocally like singing at a lower register than my natural and some people didn't know that was me and I'm like, oh? (Laughs). It was kind of fun, like okay, alright, I'm outside of the box for real now. That's interesting that you mentioned that, for sure.

TERRANCE: It definitely stands out to me.

CONYA DOSS: Wow. I really like that one too. That's one of my favorite ones.

TERRANCE: Do you think there's a misconception people might have about you as an artist?

CONYA DOSS: I think so (Laughs). It's really interesting because I don't know if it's because of the way I look or the way I dress or what. They just assume that I'm a vegetarian and I don't eat pork and all of those kind of things. I'm sure pork is not good for me, but every now and then I will eat some bacon and some pork chop. About my music, it's really interesting when they get to talk to me and hear my story and things that's going on in my life, then they have a better understanding, like, oh okay. I think they have an even more appreciation for what I do.

TERRANCE: Advice you would give the aspiring artist on consistency and longevity?

CONYA DOSS: I say this time and time again, stay true to your craft because I've been projected to this and let myself be projected to this and I have to live in my truth. You have to stand in your truth. Anyone that's doing this, you have to stand in your truth and be true to yourself whether it's good, bad or indifferent and I think sometimes people are not and then they are unhappy when they are doing the music, because they are letting someone else dictate, oh this is not the single or this is not a radio hit or whatever. So you have to be true to yourself and in addition to that, you also have to surround yourself around people who believe in what you're doing at the same time, because if not, then you're going to have some additional issues.

TERRANCE: What are you hoping listeners take away from the Clear experience?

CONYA DOSS: They’re gonna take some diversity because what I will say there is variety. We have a song that can go in any genre, so I think that’s something they’re gonna be able to take away. They can take away a message. There are several messages that may be amicable at that time or if not now, maybe five weeks from now or a year from now they’ll be able to relate to. I want to create timeless music that people can go back and say, okay I remember when I was going through this and this song helped me through that, so I’m just hoping that I can reach as many people and the fans and supporters that I have not reached that didn’t know about my music, now they’ll know because with every project people are saying, oh such and such hip me to your music so I’m hoping to gain more people who appreciate what I do.

TERRANCE: Any final words you would like to add?

CONYA DOSS: I appreciate when people email me just to tell me how my music inspires them. I just appreciate the energy because to me I’m a big believer in positive and negative energy but when I get the positive energy it’s just a motivator. It’s like powers that want to keep me moving and pushing forward and that’s all that I want to say. I’m grateful and I’m blessed. CD 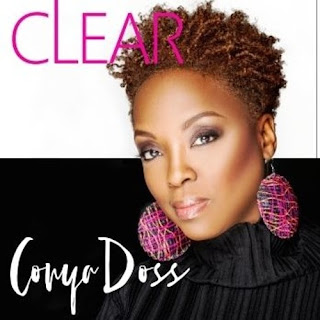