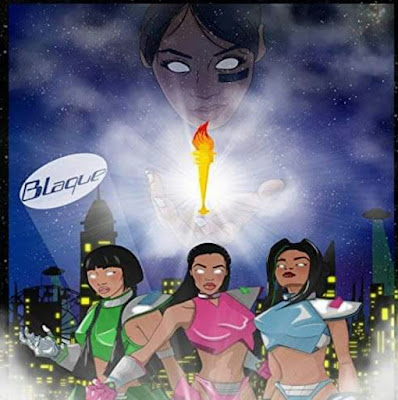 Platinum selling recording group BLAQUE recorded their third album Torch in 2003 under Elektra Records (the follow-up to their sophomore album Blaque Out also shelved due to label conflicts) for a 2004 release which was ultimately shelved after the untimely passing of their mentor Lisa "Lefteye" Lopes.

Although snippets of the album have surfaced online, but for the first time ever, the 14-track project has been released in full via Blaque LLC/The Move Entertainment.

Production for Torch was handled by Missy Elliott, Rodney Jerkins, Warryn Campbell, Linda Perry, Wylee and Jazz and features the singles "Ugly" and "I'm Good" which was also included on the Honey Original Motion Picture Soundtrack.

Torch is available on all streaming music platforms.
Posted by Terrance at May 31, 2019