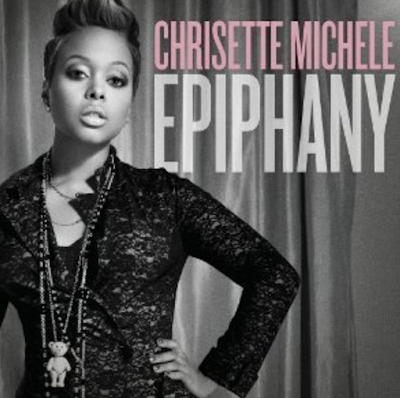 The album peaked at No. 1 on the Billboard 200’s and R&B Album charts respectively and eventually certified Gold by the RIAA.

In efforts to commemorate Epiphany’s 10th anniversary, RnBJunkieOfficial takes you on a trip down memory lane on this masterpiece.

Produced by Chuck Harmony and co-written by then label-mate Ne-Yo, this song sets the tone for the album. Released as the lead single and declaring Michele’s independence after leaving an unfaithful lover.

Released as the second single and arguably Michele’s best vocal performance on the album, taking blame for a failed relationship that both she and her significant other tried to make work.

A solid Contemporary R&B duet with Ne-Yo which was released as the third single in which Michele expresses it’s not in only what you say but what you do.

04 ALL I EVER THINK ABOUT

One of the album’s best standout songs where Michele delivers her best sultry vocals about a struggling relationship that she wants to get back to.

This infectious and smooth ballad track could’ve easily been a single which has Michele crushing over someone who she can’t find the strength to tell what she’s feeling.

Closing the album is this piano-driven ballad which finds Michele saying goodbye to a relationship and letting the memories comfort her.

While Michele appreciates the love, she firmly proclaims she’s not simple or naive on this empowering female anthem, declaring she’s a full grown woman and not a porcelain doll.

A retro-soul track that could easily be taken from the book of Lauryn Hill, finds Michele pouring her heart out to her ideal man.

An uptempo stand-out album cut where Michele tells her significant other not to leave because her heart is fragile.

This smooth empowering ballad finds Michele declaring she’s a grown-up and have to fall and learn to get up on her own.

This Rodney Jerkins-produced uptempo track encourages, uplifts and inspires after moving on from a relationship.

Declaring she’s a grown woman dealing with grown woman things on this standout cut, Michele expresses how her man switches up when his friends come around, giving him the ultimatum: if he wants to stay her man then some things have to change or she’s onto “another one.”
Posted by Terrance at May 05, 2019