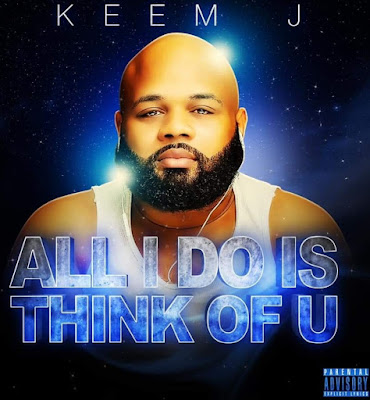 Emerging artist KEEM J who currently resides in Atlanta, GA has released his new single, "All I Do Is Think Of U", which samples The Jackson 5 original and samples a snippet of Alicia Keys' Grammy winning song "You Don't Know My Name".

On the song, Keem J adds:


"My version of the song is about having a crush on a special someone, but they don't see or curve your attempts to take you serious romantically. So you keep being persistent and letting them know in several ways, 'All I Do Is Think of U', until one day, that person finally gives you a chance and decides to explore that level of romantic involvement with you."
Posted by Terrance at July 23, 2019

Email ThisBlogThis!Share to TwitterShare to FacebookShare to Pinterest
Labels: #keemj, All I Do Is Think Of U, Keem J, Music, New Music, R&B, Rap, Soul, The Jackson 5