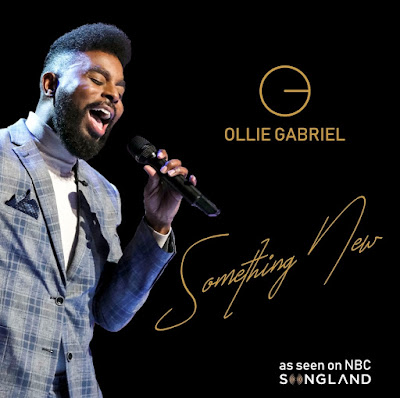 NBC's Songland contestant OLLIE GABRIEL releases new single, "Something New". A timeless love song for the ages. "Something New" follows after Ollie Gabriel’s inspirational debut single “Running Man” which went to the top of the radio charts in Europe and currently has over 22 million streams on Spotify and recently won a Hollywood Music In Media Award for Best Male Vocal in 2018.  Music Connection Magazine named him one of the top unsigned live artist to watch two years in a row, 2017 and 2018.

WATCH THE VISUAL FOR "SOMETHING NEW" BELOW:

A native of Louisiana, Ollie Gabriel was introduced to the American people on the new NBC series Songland, which pulls back the curtains on how today's hit records are made.
Five songwriters competed and performed their original song for the chance to have it recorded by a celebrity artist. In the highly anticipated premiere on May 28, 2019, Ollie Gabriel performed and pitched an original song to John Legend.
He has performed around the world, televised to millions and to concert audiences of 40,000+ fans.  Since his overseas success in 2017, Ollie has toured the world and married his longtime girlfriend who inspired the song he performed on NBC's Songland.
Ollie Gabriel is also gearing up to release his debut EP, The Good Fight. The 6 song EP is a soulful sonic blend of legends like Otis Redding and Marvin Gaye, with a new school swag of Bruno Mars and Anderson Paak. Not only does Ollie sing about love like back in the day; but, the upcoming EP also addresses relevant social issues like discrimination, materialism, the environment and homelessness.