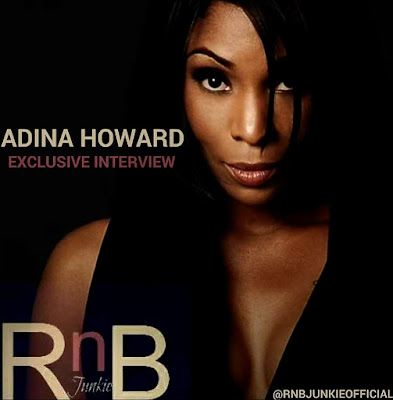 R&B Singer, songwriter, actress and chef ADINA HOWARD rose to prominence in the mid-90's with her Platinum-selling debut single "Freak Like Me" which peaked at No. 2 on Billboard's Hot 100's and R&B chart respectively. Subsequently releasing her breakout debut album, Do You Wanna Ride? which turns 25 this year. I caught up with the Songstress to discuss the 25th Anniversary of her debut album, her musical journey to her new single "Mind Reader" that's available on all digital music streaming platform services. 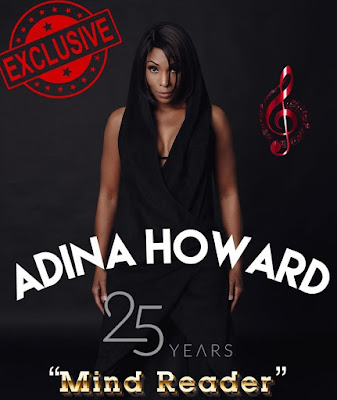 TERRANCE: This year marks your 25 years in the music business. What has the journey been like thus far?

ADINA HOWARD: Wow. I mean, like all journeys. Does it ever flow? You know what I'm saying? Peaks and valleys. I'm human, so we all go through something and my journey has been a very human journey, even in the music business. But overall I have been blessed and marinated in divine faith. I can't complain.

TERRANCE: What do you attribute your Longevity to in this ever-changing industry?

ADINA HOWARD: I attribute my longevity to favor and not focusing on staying relevant. Just doing me.

TERRANCE: Talk about the concept behind your new single "Mind Reader".

ADINA HOWARD: Okay, so we've all been in situations and relationships where there's a breakdown of communication. We've all been in situations where a person is looking at you or their thinking you can read what's in their heads and their giving you this body language, and you gotta look at them like, what's wrong with you? What's going on? What you want? What you need? What you feeling? And it's a breakdown of communication of things. Use your words. Your body language is speaking your mouth, but your mouth ain't saying anything.

TERRANCE: I noticed sonically it's different for you.

ADINA HOWARD: I wanted to do something different. I'm an artist and a creator, so when you're a creative person, you have to just allow yourself to be, because when our creativity is recycled, it causes a major issue for us. That energy has to get out and it has to be expressive in the manner in which we want it to come out as expressed.

TERRANCE: How did you connect with Reel People Music for this single?

ADINA HOWARD: My business liaison, Paris Toon of Mother's Favorite Child. He has a great relationship with Reel People and he reached out to them and told them that we had this song and they liked what they heard and did a remix to it and Opolo put his groove on it and here we are.

TERRANCE: Can we expect a follow-up album to Resurrection?

ADINA HOWARD: At this point, I'm considering it. It's not a strong consideration. At this point, I'm just choosing to release music how I want to release music versus doing it the traditional way from back in the day. Now we're in an era where music can come out at any given moment. You can do an EP, album or single and for me, I like that flexibility. So right now, I'm just going to exercise my options. Whatever comes is just whatever comes.

TERRANCE: Your debut album, Do You Wanna Ride? turns 25 this year. What do you remember the most? 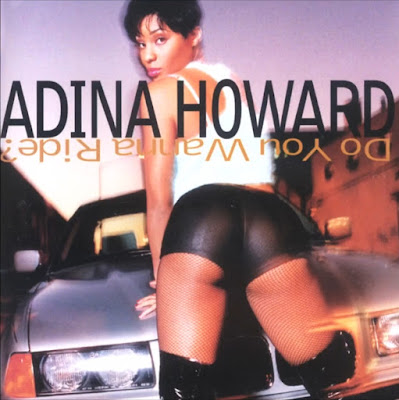 TERRANCE: Did you think or know then that this album would make such an impact and pave the way for those who followed?

ADINA HOWARD: Absolutely not. No. Not in a million years. I just went in to do my job. I was blessed with the favor of having success, but no. My mind was let's get this job done. You know what I'm saying? When you're going through the process, long hours, late nights, bad food, in my mind and in my head, I hope this pays off.

TERRANCE: Are there any personal favorite tracks from that album or one you thought should've been pushed as a single?

ADINA HOWARD: I actually cringe every now and again when I listen to that album, only because vocally I have come such a long way. When I listen to it, I'm just like, Oh God (laughs). Can I say this? With all due respect, it's not for me to enjoy. The album wasn't done for me. I'll put it this way. I'm very pleased with what the album has done for me and I'm grateful for the success of it, but when it comes to listening pleasure, I don't put it in, I'll put somebody else in.

TERRANCE: Are there any future performances or special events you can tell us about?

ADINA HOWARD: I'm going to have a home based in Houston, TX at "The Studio" for an event called Crab Legs & Karaoke. So I'll be doing that on a regular basis starting in May and so if you're in the Houston area, make sure you come and check me out. I'm the host for the evening and it's called "The Studio".

ADINA HOWARD: Just to believe in yourself and do what's best for you. I'm all about inspiration and self-motivation. It's very important that we recognize that we have to sow the seeds in order for our dreams to come true. Stay focused and be kind to yourself. That's very important, because one of the things that I've noticed, is we have a lot of self-demeaning talk. People will talk about you, but when you're talking about yourself, that's the worse you could ever recieve as far as I'm concerned, because there's a conflict to where you can't get away from yourself. So be nice to yourself. Talk kindly to yourself. Love yourself. Support you. How can anyone love you, be kind to you and support you when you're not? So love on yourself and thank you for the continued support and especially to you Terrance, because we've done this four times so far. You know what I mean? And counting, so thank you for your interest in my career and my journey.

Email ThisBlogThis!Share to TwitterShare to FacebookShare to Pinterest
Labels: #AdinaHoward