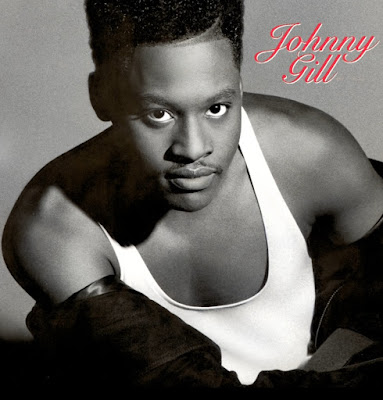 Released as Gill's debut for the Motown label, the album was produced by music heavyweights such as L.A. Reid & Babyface, Jimmy Jam & Terry Lewis and Nat Adderley Jr., spawning four singles and three No. 1 hits "Rub You the Right Way", "My, My, My" and "Wrap My Body Tight".

The album peaked at No. 8 and No. 1 on Billboard's Hot 200 Album and R&B charts respectively and went on to receive a Grammy nomination in the Best Male R&B Vocal Performance category.

RnBJunkieOfficial ranked the singles from the album. Tell us if you Agree/Disagree:

This upbeat track was released as the fourth and final single and produced by Jimmy Jam & Terry Lewis.

The third single produced by L.A. Reid & Babyface which peaked at No. 2 on the R&B chart.

Produced by L.A. Reid & Babyface and featuring a musical intro by the Legendary Kenny G and backing assistance from After 7, this standout song was released as the second single and often argued as Gill's signature solo song.

Email ThisBlogThis!Share to TwitterShare to FacebookShare to Pinterest
Labels: #JohnnyGill