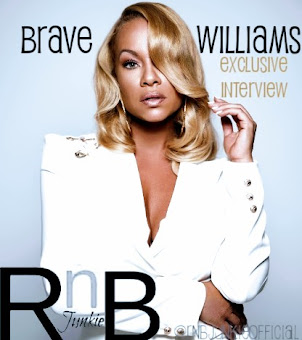 Singer-songwriter and actress Brave Williams got her first break in the industry as co-founder of the female R&B/Pop group RichGirl ("He Ain't wit Me Now Tho", "Swagger Right") along with fellow singer-songwriter Sevyn Streeter. Since then the Baltimore native ventured out solo releasing her debut project Fearless which featured the buzztrack "Oooh Luv" and follow-up "Road Trippin'" in 2015. I caught up with Williams to discuss her new inspirational ballad "Don't Tell Me No" available across all digital music platforms via the SRG ILS Group label imprint, her upcoming self-titled debut album and much more.

TERRANCE HARRIS: Talk about your earliest musical beginning and when did it all start.
BRAVE WILLIAMS: I actually started in entertainment just writing and rapping. The first time I remembered I heard Tupac and that really inspired me to kinda dabble into the poetic world and then I turned one of my raps into a song and realized I could sing. Then I just really took the time to start developing. I did a girl group [RichGirl] and we were signed to Jive. We toured with Beyoncé and I started my own label Brave New World which I just did a partnership with Universal to put out this new music.
TERRANCE: So how did you actually get discovered?
BRAVE WILLIAMS: I was at an open mic in Baltimore performing and somebody who was in the audience introduced me to a producer, who then took me to the label and each step just kinda went forward at that point.
TERRANCE: Walk us through the concept behind your new single "Don't Tell Me No".
BRAVE WILLIAMS: Ultimately I just felt like everything that's going on in the world from the Political Climate, Social Injustice to the noise, I just wanted people to be reminded that love still conquers. I just wanted to really interject love and I felt like this record really does that. Also I wanted to tell a perspective from a man's view. A lot of times we look at men like, you guys have to be super strong and have this strong face all the time, but I wanted this song to represent for my men out there that it's okay to be vulnerable, it's okay if you've had experiences with heartache before. Don't let those situations harden your heart to say no to love and that's why I called it, "Don't Tell Me No".
TERRANCE: Can we expect a visual for the song anytime soon?
BRAVE WILLIAMS: Absolutely. I just released a Lyric Video and I'll be shooting the video in the next few weeks.
TERRANCE: What can you tell us about your upcoming self-titled debut album?
BRAVE WILLIAMS: It's something on there for everybody. I really wanted to inspire people. It's relationship driven. It's Hip Hop, it's R&B, it's a vibe. There are certain songs on there that you can just pour a glass of wine, light some candles and just vibe out. Other songs might get you prompt to go to the club. There's definitely something on there for everybody.
TERRANCE: Are we to expect any special guest features or is it just all Brave Williams?
BRAVE WILLIAMS: There might be some features. We're still in the works, so stay tuned.
TERRANCE: Where does your writing process stem from? Is it usually experiences of your own or close family and friends?
BRAVE WILLIAMS: All the above. A lot of the songs are personal experiences or from conversations with my best friends or my sister or even my followers. I interact with my following and just hearing certain stories. I allow to inspire to inspire.
TERRANCE: So when you're not working musically, what are your go-to things?
BRAVE WILLIAMS: I like to read and watch movies. I'm a homebody when I can be. I really enjoy the solidary of just peace and relaxing. I turn my phone off. Just a good book, a nice glass of wine and relax.
TERRANCE: Who are some artists you're listening to that you would recommend?
BRAVE WILLIAMS: I listen to everybody. I love Stevie Wonder, Patrice Rushen, The Gap Band, Michael Jackson... I mean, my playlist can go from one range to the next.
TERRANCE: Talk about your transition from music to acting.
BRAVE WILLIAMS: The music and acting always kinda work simultaneously with each other. I just literally wrapped up a movie that we've been filming for three weeks and I'm really looking forward to everyone seeing that open up in the next coming weeks. I have a movie on Netflix right now called Love Dot Com that you can go check out. I'm actually dabbling more into the behind the scenes of creating my own films, the castings and all that good stuff because I just finished a script.
TERRANCE: Any final words you would like to share with your fans, followers and the readers?
BRAVE WILLIAMS: Ultimately I just want everyone to know that their dreams, their purpose or whatever it is their chasing after, it matters. It's so important for them to not quit on themselves. Anything you set your mind to, you can absolutely do if you're willing to do the work that it takes to get it done. You're going to have a lot of outside distractions and opinions from other people, but never let that dictate your journey. You have to do what's best for you and surround yourself around good people that also believe in your dream. Also don't be scared to ask for help. You have to be specific on the type of help you need, because closed mouths don't get fed. 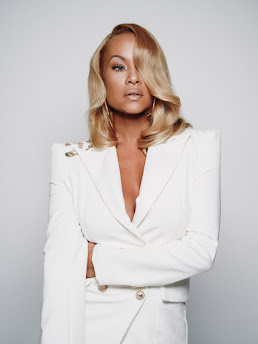 Email ThisBlogThis!Share to TwitterShare to FacebookShare to Pinterest
Labels: #bravewilliams