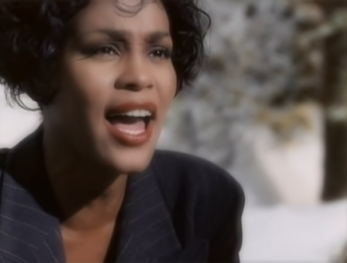 Whitney Houston's iconic worldwide hit song "I Will Always Love You" has officially hit one billion YouTube views, making it her first ever music video to reach that milestone.
Recorded for the 1992 blockbuster film The Bodyguard which starred Houston & Kevin Costner, the song topped the Billboard Hot 100 chart for a then record-breaking 14 consecutive weeks, topped the singles charts in almost every international country and is one of the best-selling singles of all time.

Email ThisBlogThis!Share to TwitterShare to FacebookShare to Pinterest
Labels: #WhitneyHouston