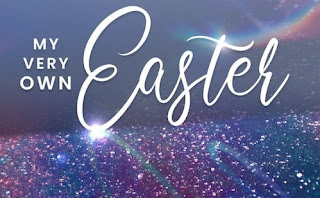 Get lifted in the spirit with the new compilation My Very OWN Easter, released by RCA Inspiration in partnership with Relevé Entertainment and OWN: Oprah Winfrey Network. Available now via digital music providers, the special EP release features performances by some of the most celebrated stars in R&B and Gospel music, following the initial broadcast of OWN's Gospel music Easter primetime special "Our OWN Easter," which aired March 30th. Bringing their signature stamp with these brand-new performances from the TV special, the star-studded My Very OWN Easter soundtrack includes chart toppers Fantasia, Anthony Hamilton and The Hamiltones, Koryn Hawthorne, Jonathan McReynolds, Charles Jenkins, and Ledisi.

Commemorating Easter with epic performances on beloved classics and signature hits, My Very OWN Easter includes: Fantasia delivering a powerful turn on the Andraé Crouch classic "The Blood Will Never Lose Its Power"; Anthony Hamilton and The Hamiltones with The Origin Band celebrating the Kirk Franklin-penned Rance Allen signature hit "Something About The Name Jesus"; a duet from Koryn Hawthorne and Jonathan McReynolds, who collaborated on the beloved Leonard Cohen song "Hallelujah"; Charles Jenkins bringing together Osby Berry, Chandler Moore, and Maverick City Music to perform his hit song "Awesome"; and Ledisi bringing her spin on Walter Hawkins' song "What A Marvelous Thing."

On "Our OWN Easter," the one-hour Gospel music special blends sunrise service traditions with modern performances, featuring new performances from R&B and Gospel stars, inspiring spoken word from renowned faith leaders, and more. The special is hosted by BeBe Winans and Deborah Joy Winans, and is executive produced by Dr. Holly Carter, Rikki Hughes and Relevé Entertainment, an All3Media America company. Adam Blackstone produced the music for the soundtrack and TV special. Catch the "Our OWN Easter" special on the Watch OWN app or on-demand.

Dr. Holly Carter shares, "I'm so excited to bring this soundtrack to life. It was an extension of an experience that included music and spoken word in celebration of Easter. I hope it lifts your spirits!"