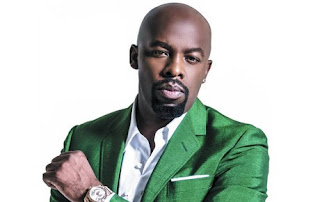 In honor of seven-time Grammy-nominated R&B singer-songwriter and musician, Joe’s birthday, @RnBJunkieOfficial have compiled his top ten best songs. One of the most consistent artists in music today, below we have listed his best standout songs, honorable mention and honorable mention album cuts from his thirteen studio albums.

10 WORST CASE SCENARIO
This standout heartfelt R&B slow jam was released as the final single from Joe’s eighth album, Signature.
09 WHY JUST BE FRIENDS
Released as the final single from Joe’s seventh album, Joe Thomas, New Man, this uptempo groovy song showcases his musical versatility.
08 FADED PICTURES DUET WITH CASE
From the Rush Hour Original Motion Picture Soundtrack, this song earned the pair their first top 10 entry on the Billboard Hot 100’s chart.
07 IF YOU LOSE HER
This overlooked standout song was released as the final single from Joe’s eleventh album, Bridges. For fans of nostalgic Joe, this is the song.
06 DON’T WANNA BE A PLAYER
First appearing on the Booty Call Original Motion Picture Soundtrack and and later on Joe’s sophomore album, All That I Am, this Rodney Jerkins-produced standout song became a top 5 R&B hit.
05 LET’S STAY HOME TONIGHT
Joe earned a Grammy-nomination for this infectious groovy song which was issued as the lead single from his fourth album, Better Days.
04 GOOD GIRLS
This standout song was released as the fourth single from Joe’s sophomore album, All That I Am.
03 MORE & MORE
Written and produced by R. Kelly, this song was released as the lead single from Joe’s Gold-selling fifth album, And Then...
02 ALL THE THINGS (YOUR MAN WON’T DO)
In 1996 this song became Joe’s original breakout single from the Don’t Be a Menace to South Central While Drinking Your Juice in the Hood Original Motion Picture Soundtrack and subsequently added to his sophomore album All That I Am and drove it multi-platinum.
01 I WANNA KNOW
The lead single and Grammy-nominated song from Joe’s third album, My Name Is Joe, peaked at No. 4 on the Pop chart and No. 2 on the R&B chart respectively, becoming his breakout solo hit on the Billboard Hot 100’s.
HONORABLE MENTION:
“If I Was Your Man”
“Coming Home” featuring BeBe Winans & Brian McKnight
“Treat Her Like A Lady”
“My Love”
“Lean Into It”
“I’m In Luv” (The Hype Mix)
“Thank God I Found You” (Make It Last Mix) featuring Mariah Carey & Nas
“The Love Scene”
HONORABLE MENTION ALBUM CUTS:
“No One Else Comes Close” (Unplugged)
“Better Days”
“Lover’s Prayer”
“Easy”
“Time of Your Life”
“Take It to the House”
“Chameleon”
Posted by Terrance at July 05, 2021

Email ThisBlogThis!Share to TwitterShare to FacebookShare to Pinterest
Labels: #joe