Jazmine Sullivan & Ari Lennox Receives Gold Certification for "On It" 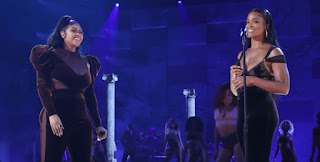 The Recording Industry Association of America (RIAA) has updated their certification statuses for artists who have new Gold, Platinum, Multi-Platinum and Diamond sales in the United States.

Among the artists Jazmine Sullivan & Ari Lennox received a Gold certification for 500,000 digital streams for their collaborative song "On It" from Sullivan's Grammy Award-winning project Heaux Tales. 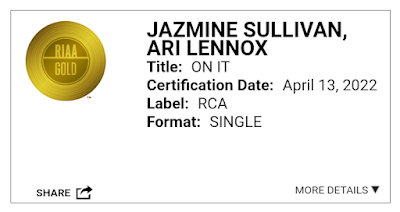 "On It" marks Sullivan's fourth certification of her career following the singles "Girl Like Me" ft. H.E.R. (GOLD), "Pick Up Your Feelings" (PLATINUM) and her debut album Fearless (GOLD).