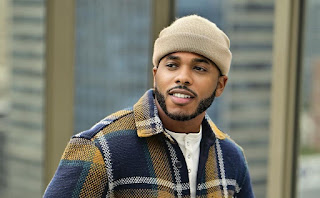 In a statement about the Carvin Haggins and Johnnie "Smurf" Smith-produced track, the Detroit native says:

"'My Queen' is about celebrating the woman in a man's life and reminding her that she is his everything to him. She holds him down through the good and the bad and he wants her to know. Behind every great man, there is a great queen that makes that man feel special and we wanted to capture on this song."

"My Queen" follows after the singles "Don't Rush" ft. Tank and "Simpin", all set to appear on J. Brown's upcoming debut album Chapter & Verse which arrives May 20th via MoCha Music in partnership with SRG-ILS Group.

Email ThisBlogThis!Share to TwitterShare to FacebookShare to Pinterest
Labels: #jbrown