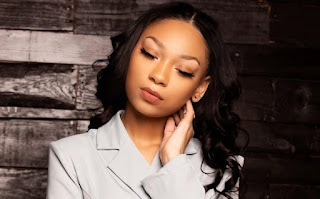 "'Bizness' is written from the perspective of someone who’s fed up. It’s so easy nowadays to have people involved in your private matters-constantly around you like gnats-offering nothing. The question then becomes: why was the desire to keep tabs more than the commitment to the friendship or relationship?. I’m sure we’ve all experienced an individual who is ‘all up in our business. This song serves as an invitation to exit!" -Mariah.

Email ThisBlogThis!Share to TwitterShare to FacebookShare to Pinterest
Labels: #mariah.