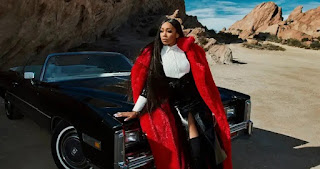 In a statement about the song, Monica says:

"'Friends' is about keeping people in their place and handling your own relationships...and keep them out of it as much as you can."

About the album she adds:

"'You know what I did this time, I went back to the idea I had in the beginning, which was just to make music about living life and the things that happen in life. We’ve all experienced so much over the last couple of years and this album is really indicative of the struggle of it, the love of it, the triumph of it, because you know I don’t believe in being the victim. I’m the victor.”