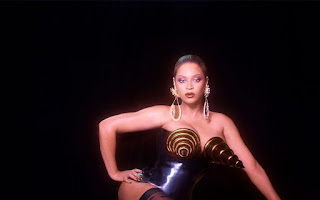 This week multi-Grammy Award-winning superstar Beyoncé tops the Billboard Hot 100's songs chart with her latest single "Break My Soul" from her seventh consecutive No. 1 album Renaissance via Parkwood/Columbia Records.

"Break My Soul" originally debuted at No. 15, then No. 6 before soaring to the top spot, securing her eighth No. 1 solo single on this chart. 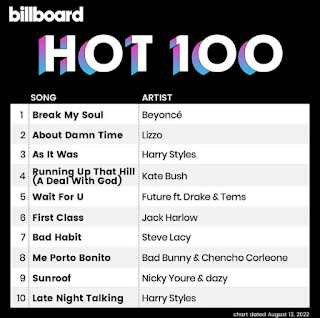 Additionally, as a member of Destiny's Child, Beyonce earned four No. 1 Hot 100's:

Last week Beyonce released a series of mixes for "Break My Soul" exclusively through her online store and streaming platforms.

Email ThisBlogThis!Share to TwitterShare to FacebookShare to Pinterest
Labels: #beyonce