New Video: The Ton3s (formerly The HamilTones) - "Got So Much Love" 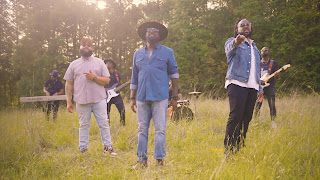 Grammy nominated viral R&B/Soul trio The Ton3s (formerly The HamilTones) share the official J. Inez-directed music video to their latest single "Got So Much Love".

Produced by Greg Cox and written by The Ton3s, the sentimental ballad follows after previous single "Better" and is featured on their latest album We Are the Ton3s.

Email ThisBlogThis!Share to TwitterShare to FacebookShare to Pinterest
Labels: #theton3s