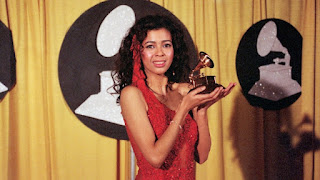 Fame and Flashdance singer Irene Cara has died at the age of 63.

The American singer and actress was best known for her title track in the 1980 film Fame, as well as co-writing and singing the smash hit "Flashdance... What a Feeling" for which she won an Oscar and a Grammy.

She later starred in films opposite Clint Eastwood and Tatum O'Neal.

Cara's publicist, who announced her death, said she died at home in Florida but the cause is "currently unknown".

Born in 1959 in the Bronx, New York City, Cara was the youngest of five children and started her career on Spanish-language TV. Her father was Puerto Rican and her mother, Cuban-American.

Having recorded music as a child, both in Spanish and English, she went on to appear in a number of on-and-off Broadway musicals.

But it was in 1980 that Cara shot to fame when she bagged the role of Coco Hernandez - and sung Fame's title track.

Her performance earned her a Best Actress nomination at the 1981 Golden Globe Awards.

Cara later co-wrote and sang the vocals for "Flashdance… What A Feeling" from the 1983 blockbuster Flashdance, and won a Grammy Award for Best Female Pop Vocal Performance as well as an Academy Award for Best Original Song. 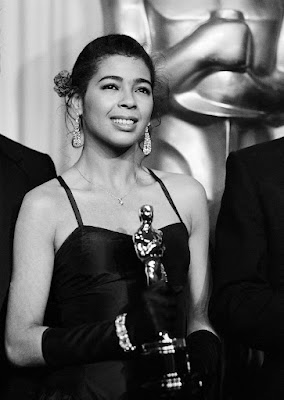 Flashdance went on to become the third-highest-grossing film of 1983.

Judith A Moose, Cara's publicist, praised her as a "beautifully gifted soul whose legacy will live forever through her music and films".

She also said Cara had been working on forthcoming projects when she died, which she and the singer's manager now plan to finish.

"She'd want that," Ms Moose said of her client via her official Twitter page.

Email ThisBlogThis!Share to TwitterShare to FacebookShare to Pinterest
Labels: #irenecara