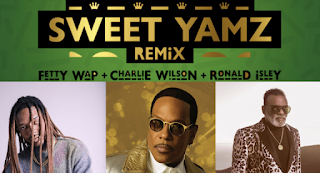 “Uncle Charlie” became one of the song's early champions, crooning along to it in a viral social media post. He instantly consented to provide his vocals to the latest rendition, and the wonderful Ronald Isley also joined in to round off the song. The remix now brings together three instantly recognizable and always unique voices on one thunderous duet for the ages.