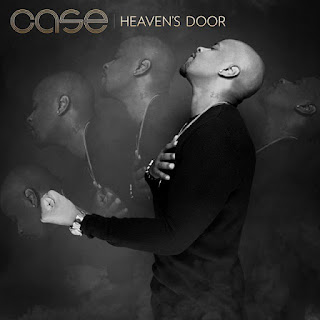 My interview with R&B vet Case to discuss his prominence on the music business from the beginning to now. Case overall has released 6 albums in his career and though there's been personal and business struggles behind the scene, but one thing is for certain, he haven't lost his love for music. His new album, Heaven's Door, is available now.

Terrance - Hello Case. How are you?

Terrance - Tell us about your latest album, Heaven’s Door. How does this album differ from your previous releases?

Case - Heaven's Door is basically a snapshot of where I am right now in life and music. It's different mainly in that it kind of reflects a renewed love and enthusiasm for music itself.

Terrance - What was the inspiration behind the lead single, “Shook Up”?

Case - For Shook Up I just wanted to make a straight up love song. A song in the tradition of the old Motown songs lyrically.

Terrance - What’s your favorite song from the Heaven’s Door album?

Case - I have no favorite. There's different ones that I’m more into at different times.

Terrance - How did you get your first deal with Def Jam?

Case - I was making demos and signed to a production company called Spoiled Rotten. My manager at the time got Faith Evans to write a song in my demo called Don't Be Afraid. Russell Simmons heard the song and loved it. I am the last artist Russell personally signed to Def Jam.

Terrance - After your third album, Open Letter, that spawned the hit “Missing You”, you went on an eight year hiatus from the music business. Can you share the reason?

Case - I was just tired of the business of the music business. Tired of the politics, tired of feeling like I was pouring myself into making the music and that it wasn't receiving the promotion or attention I felt it deserved.

Terrance - “Happily Ever After” is like the Wedding anthem of all modern Weddings. How did that song come about?
Case - That song was actually a duet when I heard it. I decided to change it around, make it just me, added a bridge and there you have it.

Terrance - In the “Happily Ever After” video, it showed a very young Beyonce at the time. How did you all get that past everybody (laughs) and what was it like being on set with her?

Terrance - What was it like collaborating with Joe on “Faded Pictures”?

Case - That was fun. It was my first duet with another singer. We had fun creating and bouncing ideas etc. Was a cool experience.

Terrance - Next year marks the 20th anniversary of your self-titled debut album. Take us back to that album. I know Mary J. Blige co-wrote several songs including your first top 40 hit “Touch Me Tease Me”.

Case - That album was a long time ago. Wish I could do it over again. I was young, hadn't yet learned to record, was still very far from finding myself vocally and didn't have a lot of help doing so. It's kind of bittersweet. That album was really a learning experience for me artistically.

Terrance - We’ve seen LSG and TGT come together to do collaborative albums. If you could pick two male artists to make a group project with, who would they be?

Case - One would be Joe definitely, and maybe Donell Jones or Jon B.

Case - I think R&B is kinda starting to head in the right direction. Got lost for a while there but I like where it's going. Starting to get more traditional R&B music versus the hip hop hybrid.

Terrance - What are your top 5 Case songs that weren’t singles?

Case - Rain, Caught You, Even Tho, Place to Stay and Tour
Terrance - What’s the greatest advice you’ve been given since being in the business?

Case - To be true to who I am artistically, to not follow trends and keep plugging away.

Terrance - Are there any regrets or opportunities in your career you wished you had approached?

Case - There is maybe a song or 2 I wish I had or hadn't recorded. (laughs). But overall I take the good with the bad cuz it's all a learning experience.

Terrance - Are there any projects or events you’re lined up for?

Case - Just different tour dates all over and getting started writing the next album.

Terrance - Where can the people reach you in social media?

Email ThisBlogThis!Share to TwitterShare to FacebookShare to Pinterest
Labels: Case