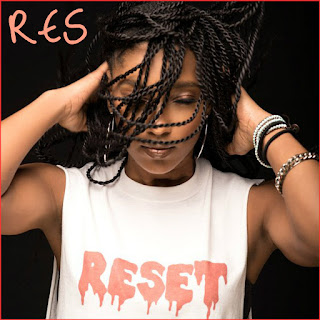 My interview with RES who is an indie female artist from Philly known for her blend of Soul, Rock and Indie Pop. In 2001 she released her debut album, How I Do, which spawned the hit, “They-Say Vision”, plus “Golden Boys” and “Sittin Back”. Since then she’s been rebuilding her career and brand DIY-Style on her own terms...


Terrance - Tell us how much you’ve evolved as an artist since your first album?


Res - That’s a tough question off top, I don't really keep tabs on myself or growth in that way. I’m not sure how much I have changed. I feel like I sound like me, I look like me but I'm sure my songwriting has developed more and I think I am more open to the idea of doing house music and I want to start a lifestyle blog that reflects my lifestyle at a worldly young black woman who is a creative, living in Los Angeles at this time. I think I have evolved because I am more open to showing more sides of myself. Before I only wanted people to know about my music and nothing of who I really am.


Terrance - When you first came on the scene you were characterized as Neo‐Soul. What’s your take on that?


Res - Yes I was very much so characterized with the Neo Soul label, and I thought it was not appropriate but I knew at the time that when I signed my deal and released How I Do that it was a product and it needed a name or a category in order for it to be sold. I would have preferred to be characterized as alternative or alternative R&B.
Terrance - You’re part of a campaign called Indiegogo. What’s that about?


Res - Well, for the last few years I have been wanting to release music. I have completed a couple albums and a slew of songs by all sorts of producers and even making my own beats on Garage Band. I had a couple of deals that just didn’t work out. And so I decided to do a crowdfunding campaign thru Indiegogo to gather my fans and raise 35K to complete and properly pay the producers for their work and to have money to market the music.


Terrance - Where did you get inspiration from your latest single “Hollow”?


Res - I honestly don't remember my inspiration for that song at the moment but I can tell you that the video concept is pretty intense and a lil dangerous. The video will shine a light on the homeless in downtown Los Angeles.


Res - At first, the title was a play on my name but then as time went on it became an overall theme for my life and society, I live in. This time around I am and have had to reset my mindset. I had to approach everything from an indie artist point of view. And I had to deal with being treated as such.


Terrance - It’s interesting you mention that, so far what has the journey been like being an independent artist compared being a major label artist?


Res - The journey has been very tough this time around as an indie artist and I am very much looking for ways to make things happen on such a small scale. But there are some highlights, it is a blessing to choose the music for folks to hear. It’s great to be able to decide what song I am doing a video for.


Terrance - How has social media helped you as an independent musician? Are there any challenges?


Res - Social media has helped me get a quick reaction to music that I release from the people I want to impress, my fans. The challenge is that it is severely distracting me from making music and other art.


Terrance - And while we’re on the subject of social media what are your thoughts on artists beefing online?


Res - It seems like beefing online is part of some artists marketing plan. I don’t think much about it unless it’s someone I care about and even then with them, it gets old...quick.


Terrance - What artist are you currently listening to?


Res - I'm feeling Bibi Bourelly... alot!!!!!!!!Her songwriting and voice and delivery is above anyone's I have heard in the last 2 years.


Terrance - If you could name five RES songs people should know what would they be?


Res - Ice King, 700 Mile Situation, You Don't Know Me, Life Is Strange... both previously not released but are ​part​ of my new album RESET, For Who You Are co-produced by myself and the living legend and amazing guitarists,WahWah Watson.


Terrance - How important is performing on stage to you?


Res - Performing live is the way I truly make a living, so it’s pretty important and it is the most fun thing for me to do besides going to a bomb new upscale restaurant or hanging out with my family.


Terrance - Are there any upcoming shows or appearances?


Res - I am living in Los Angeles and I perform, pretty often with House of Vibe Allstars most Wednesdays night in Santa Monica at a spot called Harvelles.


Terrance - Lastly what’s the one thing you hope fans get out of the new upcoming album, RESET?

Res - I hope this album becomes a 2nd cult classic for them. I hope people listen to it together, feel great about putting their friends on to something amazing but not commercial.
Posted by Terrance at March 24, 2016