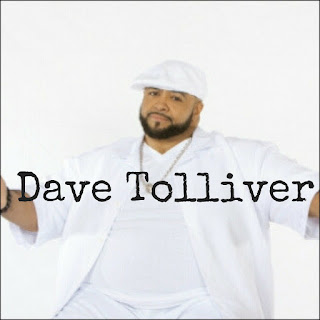 My interview with Dave Tolliver founding member and lead singer of the platinum R&B group Men at Large. It was the signature tearjerker cut “So Alone” that put them in another stratosphere followed by “Use Me”, “Um Um Good”, “Let’s Talk About It”. Here to discuss new music, Men at Large, the Grammy's, R&B and his late great mentor Gerald Levert.

Terrance - Bring me to date with what’s been going on and what you’re working on.

Dave Tolliver - Well you know Men at Large most recently dropped a single called, “Date Night”, it went to #14 on the Urban Adult Contemporary charts and we’re still touring doing dates here and there. But for me right now personally I released an album towards the end of 2015 called Somethin’ Like the Greatest. The first single “Home” did pretty well, it got placed on Scream Queens and Single Ladies and I got nominated for a music and video award for it and I’m still pushing the album right now. The second and third singles are “Concert” and “I Gotta Know”. I have a couple of other projects I’m releasing as well. Right now I’m working on something with the lead singer of The Rude Boys and his name is Joe Little we’re going single by single, the lead single is called “I Love You” it was produced by James Worthy. I’m also working on a Gospel inspirational project called, My Story His Glory, and the first single off of that one is “Meet Me at the Church House” and that’s also produced by my man James Worthy.

Terrance - What are your thoughts on the emergence of Trap music infused in R&B?

Dave Tolliver - Honestly I’m like a bitter old man. I’m upset about it. On one hand I’m excited about it for what it’s doing for our young black kids and getting them out of the ghetto. If their doing the right thing and have the right guidance around them with their money then their grandkids won’t have to work. The other part is I won’t say that it’s the artist fault, it’s the whole cycle of people why this is happening. I mean you have younger A&R, younger people running the labels and their putting their homeboy on and doing this and that and the cycle just goes down and you have people at the radio station taking money and playing it and payola is still relevant in today’s music; whoever has the biggest project or biggest hit. And I’m also disappointed in my peers you know people that are 35, 45 and 50, somehow somewhere down the line someone figured out scientifically that if you force feed our ears something we will eventually start to like it. If you control what goes into our bodies you’re forcing us to like it. Music was brilliant all the way up until the middle to late 90’s and then everything started going down.

Terrance - And speaking of the 90’s, R&B groups were booming and then they all faded.

Dave Tolliver - I think that record companies got greedy but at the same time the sound was changing over. There’s a list of things that you can attribute like big budgets for a group. You have five kats in a group traveling so you have five flights, five hotels, then you have road managers, assistants and all that and before you know it by the time you pay for all that and the amenities and when you’re on promotion you been done spent ten to twelve thousand dollars. And then the sound also changed because it used to be tasteful so to speak, we didn’t come out and say we fu%$#@ tonight bi%$# like Trey Songz say, I’m fu%$#@ you tonight, that was sampled from a Biggie song but the ladies for some reason like being called bi%$# and hoes. When H-Town said, “When we make good love listening to some Marvin Gaye” now you’re talking about “Bad and Boujee”? It really doesn’t matter.

Terrance - There’s always much debate with the Grammy Awards over who deserves or doesn’t deserve certain awards particularly in the past few years. What’s your take?

Dave Tolliver - Well, I mean they say that’s the Grandaddy of them all. That’s the one that’s supposed to count the most because you’re judged by industry professionals and your music peers I think that’s how we got to look at it because honestly 9 times out of 10 your music peer aren’t really buying your stuff or buying tickets to your concerts and stuff like that so I think it is what it is. I know for a fact with my record we made it past the first round but we didn’t get to the final ballot last year with my single “Home” and I was very disappointed but it’s all about the campaign and with the Grammy board it’s all about who you come in contact with. It’s like running for the union office, you gotta get in with the constituents and that’s something I didn’t do on my part. But the Grammy's are what they are and I would suggest any artist out there who are mad about who gets the Grammy or doesn’t get it they need to understand the Grammy's aren’t about the people, it’s about the industry and there are so many thousands voting board members that are involved in the industry from the Execs to the writers, producers, artists so it’s not about them and I don’t think they make that clear so that’s why you hear the uproar and there are people in the media who I don’t think understand that either.

Terrance - Getting into your earliest beginnings with Men at Large. How were you discovered by Gerald Levert?

Dave Tolliver - I first started off in radio, my Uncle was one of the top programmers in the nation his name is Lynn Tolliver. He was a celebrated six time Billboard award program director winner and from those circles one of the DJ’s said they were having a concert that night we were putting out music and he had an after party at his house and after the party he invited us over and Gerald came and me and Jason used to always walk around with our Casio keyboard with tape over the back and Gerald came in there and I was like sing, sing, sing! So of course they put him on the spot and you know he was like he gonna hook us up and that was like 1986 and we didn’t see him again til like 1989 and he was like now I’m ready for ya'll faithfully as a group to put together three big dudes that can sing and dance and then we went by the studio a couple weeks later we auditioned for him, his dad Eddie and Steve Russell from Troop and Joe Little from The Rude Boys were there. Originally it was four of us and the other two guys we brought couldn’t sing and then we ended up with another guy, then we ended up falling out with him and it just ended up being me and Jason and we put out two albums on the Eastwest/Atlantic label and they did pretty well for us. We stayed together about four more years and kinda drifted apart.

Terrance - “So Alone” was a major crossover hit for you guys, tell me how that song was conceived.

Dave Tolliver - Well my mom had died, then Jason’s dad had died like nine months later and Gerald’s grandfather had just died and The Rude Boys were out doing some foul stuff, it was just a bunch of stuff going on at the time. Gerald and Tony Nicholas wrote it for me to sing to pay tribute to my mom and the rest is history and then I had to sing it for him when he died and I’ve sung it like at a million funerals so it’s one of those records that don’t die. I know last year on Mother’s day a couple people from a different city called me, they were having a countdown of the top Mother tribute songs of all times and ours came in at #1 a couple times so I thought that was kinda dope.

Terrance - Finally, with biopics on the rise do you think it’s fitting that the Men at Large story get told?

Dave Tolliver - [Laughs] you know I put that up on Facebook and I asked, would y’all watch a story about the Cleveland music scene? You know like around the early 90’s, because it was LeVert from the late 80’s to 90’s, then there was The Rude Boys, Men at Large and then Bone Thugs-N-Harmony came and Gerald had his girl group 1 of the Girls and M.C. Brains was discovered by Michael Bivins and that’s a huge story because he was going to sign with either Michael Bivins or Ice Cube.
Posted by Terrance at March 11, 2017