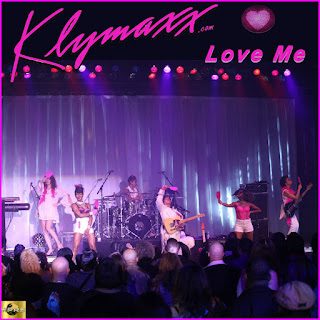 My interview with Cheryl Cooley of the Platinum-selling all-female band Klymaxx who brought the music world classics such as “I Miss You”, “Man Size Love”, “I’d Still Say Yes”, “The Men All Pause” and the unforgettable women anthem “Meeting In the Ladies Room”. Cheryl joins me to discuss a new single “Love Me”, current Klymaxx line-up and more.

Terrance: Talk about the current Klymaxx line-up and their dynamics in the band.

Cheryl Cooley: I really wanted to focus on keeping the Klymaxx legacy alive so I had to be really conscientious about the talent level and just out of fate, vibration or whatever you believe, these women kind of just fell into my life (laughs). On drums we have Tramisha Vaughn, bass is April Fletcher, Maggie Daniec is on keyboard, on vocal we have Christie Malone and of course I’m the guitarist. You know all of us we have a lot of fun together and really still keep the integrity and respect of the music of Klymaxx.

Terrance: Can you share the creative process behind the new single “Love Me” and it’s meaning?

Cheryl Cooley: One of the things we wanted to do was focus on the groove of the song. It just kind of came to us through one of the guys who work with us on our technical crew and he had an idea for us and kind of played it for us and we were able to put our own spin to it and went into the studio kind of unprepared but kind of having a creative idea so we kind of just let the creativity flow and let it come out on the recording to what we have now. Of course there was a process of tweaking things that you would think sound better together but realistically the song came together pretty fast so we were really happy with the outcome. Basically it’s a positive song about having love in someone’s life. Everyone wants to feel loved, be loved, feel secure and all of that.

Cheryl Cooley: Oh gosh, just in that region alone is exciting for me to finally get in that area. Lakeside and P-Funk Connection are going to be on that bill. Festivals in general I like because there’s a lot of different people, a lot of people who’ve never seen an all-female band so it’s really exciting that we’re going to get a chance to play at the crab festival and get some crabs (laughs).

Terrance: In your near 40 year career as a member of Klymaxx is there a certain memory or highlight that stands out to you?

Cheryl Cooley: I think the biggest memory I have is when we did our very first live show on the Freestyle Explosion Tour in ‘85. We got on stage I think it was in Florida and the reaction of the audience when they actually saw us live. You know it’s one thing to see it on TV but the reactions when we picked up our instruments and started playing and just seeing the reaction of course it was brand new to us as it was to them but I’ll never forget that kind of reaction between us and the audience like oh you really do play instruments? (laughs).

Terrance: A while back the original Klymaxx were featured on VH1’s Bands Reunited where the public witnessed the drama unfold, looking back on it now, do you think it could have been handled differently?

Cheryl Cooley: I think a lot of things we look back on the past could have been handled differently. I think the show itself achieved what it wanted to achieve and that was getting the drama captured on film.

Terrance: Contemporary Hip Hop artists such as Fat Joe, Bone Thugs-N-Harmony, Kurupt to name a few have sampled Klymaxx’s music, what are your thoughts?

Cheryl Cooley: In a way it’s an honor that they feel it is still something funky and current to enhance their own creativity and creation. I don’t see it as an insult I actually see it as a compliment. I mean of course there’s a little gist to get those rights and stuff but I’m looking at it on a creative level.

Terrance: You mentioned earlier about playing instruments, do you think there’s a double standard in the music industry for women who play their own instruments?

Cheryl Cooley: Well, it is definitely interesting how people react to it. Is it a double standard? Sure on some level there’s a few hurdles that have to be overcome but when you have a passion and destiny, you overcome those obstacles. It’s about the music, it’s about playing for the fans and recording and keeping the interest of the listener, so when you really focus on what the goal is the obstacles kind of fall away.

Terrance: What advice would you give to the aspiring band who aspire to do what you do?

Cheryl Cooley: My first thing is to always never give up. If you have a passion for music or whatever your artistic avenue is you should always follow it to it’s accomplishment because if you don’t do it, years are going to pass by and you’re gonna think shoulda, coulda, woulda and all that stuff. So I think even psychology whether you make millions of dollars off of it or not or a major success or not it’s still to express your creativity and it’s beneficial to your psych than anything else.

Terrance: And to wrap it up are there any final words you would like to add?


Cheryl Cooley: I would just really like to thank the fans and supporters of Klymaxx music and for still coming out to the shows and buying the music. It’s just about the audience, the fans that the music is able to continue and not just Klymaxx music but all of the classic music. The classic R&B is able to survive because there’s still an audience and there’s still a craving for it so I appreciate all the people out there who continue to keep it alive and not just the artist but the listener as well. And thank you for the interview.