An Interview with Adina Howard 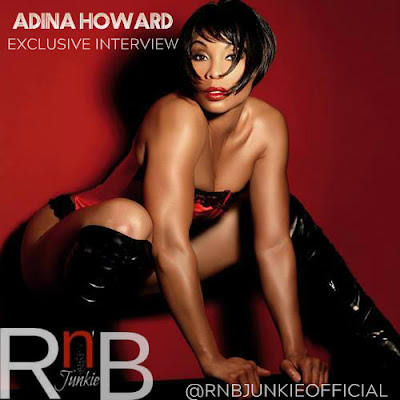 In our exclusive interview R&B songstress ADINA HOWARD update us on the follow-up single “Nasty” from her latest album Resurrection which pays homage to her iconic hit “Freak Like Me”...


LISTEN TO "NASTY" BELOW:

TERRANCE: We spoke last year when you released your latest album Resurrection. Since then what has the feedback been like?

ADINA HOWARD: It’s been doing very well and it’s getting a lot of good reviews and I’m very, very pleased with that. We tend to appreciate other people appreciating the hard work that we put into what we do, so I’ve been blessed with positive feedback. I’m excited where this project is going.

TERRANCE: “Nasty” which samples your 1995 breakout hit “Freak Like Me” is the follow-up single to “Blasphemy”. What sparked the decision to make that the next single after "Blasphemy"?

ADINA HOWARD: People have been asking about that and they can look forward to a visual and we’re in the process of doing that as well, so things are moving forward.

TERRANCE: What are some of your favorite songs in your catalogue you enjoy performing?

ADINA HOWARD: “T-Shirt & Panties” is definitely one of my favorites. I enjoy performing “Blasphemy” off of the new album. The music that I enjoy performing and singing is more jazz and I haven’t really had the opportunity to showcase that yet, but that is definitely coming up, so out of my repertoire there’s not anything that I’m just in love with. There’s just songs I did that I felt they were appropriate for where I was in my life and for my listening audience.

TERRANCE: What’s your stance on Bruno Mars allegedly being a cultural appropriator?

ADINA HOWARD: Before we as a people talk about cultural appropriation we need to check ourselves because that’s the pot calling the kettle metal as far as I’m concerned. You’re a black woman walking around here with blonde hair past your ass and blue contacts in your eyes then you can’t scream ‘cultural appropriation’. That to me doesn’t make any sense at all. If someone is appreciating what we’re bringing to the table as a culture and they adapt it then okay, but I’m a person like so what? Who cares? Why are you so focused on cultural appropriation when you need to be focusing on bettering our school and community and making sure our children are safer in our community. Making sure that we are inspiring and uplifting one another in our community. I personally think our perspective tends to be off because we’re focusing on things that are trivial. Things that are not going to help increase the safety of our community and uplift us economically, so like who cares? That’s just my thought. *laughs*

ADINA HOWARD: Well, technology is what it is. For me personally I’m not invested like that. I’ve seen different mediums disappear in my lifetime. There used to be 8-track tapes and now there are no longer 8-track tapes. There used to be cassette tapes and now there’s really none of those anymore. Now there are no CD’s and that’s the next thing to go because technology continues to evolve.

TERRANCE: What do you hope listeners take away from the Resurrection experience?

ADINA HOWARD: I want them to take away having some really good music. Appreciating the work that went into it and just sharing it with everyone to let the world know that it’s available. I don’t do it for me. I do it for those who have asked for it and now they got it so now it’s time to spread the word.