An Interview with Sparkle 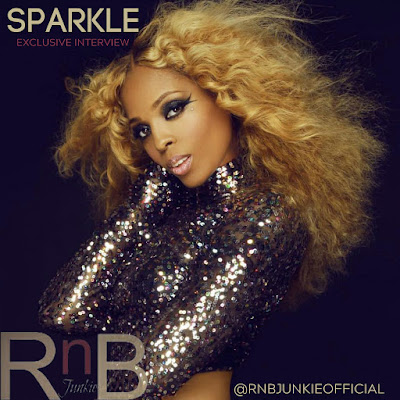 Chicago native SPARKLE first caught our attention with her breakout 1998 hit, “Be Careful” from her Platinum-selling self-titled debut album which features her now estranged former mentor R. Kelly. Since then the singer-songwriter released a subsequent sophomore album in 2000 entitled, Told You So, before going on a 12 year music hiatus and returning in 2012 with the single “So Bad”. Fast-forward today, Sparkle has a new single called “We Are Ready” that’s available on all digital music streaming platforms. I caught up with her for an exclusive to discuss the single, her forthcoming EP project, what motivates her and much more…

LISTEN TO “WE ARE READY” BELOW:


TERRANCE: First off, congratulations on your new single, “We Are Ready”. What has the response been like thus far?

SPARKLE: The response has been really great... Frans (friends/fans) are loving my new single “We Are Ready”, saying that it’s a great song for the time that we’re living in. Some are even saying that they play it as a morning motivation to get their day started, which is humbling for me to hear. I’ve also had men reach out to say they know it was written for women but many men can relate and the song has helped them.

TERRANCE: Can you share with us the meaning behind it and how it all came together?

SPARKLE: I wanted to do a song that spoke to the time and moment of what women and people as a whole was going through in this #MeToo and #TimesUp movement. But please listen to the lyrics to get the meaning behind my new single “We Are Ready” because it tells the story.

TERRANCE: Is there an album or EP in the works? If so, what can we expect sonically?

SPARKLE: Yes! The EP has been in the works since 2017 that include other great songs. You can expect Sparkle at her best, still singing songs that have meaning and tell a story. I love story-based songs. However, I love trap music and house music, so I’ll have to find a joint that embodies ‘em.

TERRANCE: What motivates you to keep creating music these days?

SPARKLE: What motivates me these days to create music is the love for it. And just wanting to get back to what I love after taking such a long time off from it.

TERRANCE: How has social media networking changed the way you interact with fans and do things?

SPARKLE: Social media has changed the way every artist/entertainer interacts with frans because it’s instant. You post something and they can put a response up within a second. I like interacting with Frans though, no matter good or bad. But I won’t tolerate disrespect!

TERRANCE: I know you were recently spotted on stage with Toni Braxton. Talk about your connection with her.

SPARKLE: Toni is my sister; she’s been sharing advice with me since just after my career started. When I wasn’t doing music for myself, she brought me on to perform in her Las Vegas show with her. And recently she was in town performing at the Arie Crown Theatre and she called me out and I ended up on stage performing with her once again.

TERRANCE: What are your thoughts on the way social media pit Cardi B and Nicki Minaj and women in general against each other?

SPARKLE: Not just social media, but media and the world as a whole have been pitting people against one another for forever... remember the Biggie vs. Tupac situation? Look, I support both women and hope that they keep whatever beef they have in the music.

TERRANCE: And do you think there’s a double standard when women speak up for themselves particularly in your industry?

SPARKLE: Of course there’s a double standard when we women speak up for ourselves. We’re labeled as bitches and in a black woman’s case, angry black women. The men however get labeled as powerful and strong.

TERRANCE: For a young Sparkle who’s just getting started in this business, what advice would you give her?

SPARKLE: The advice I’d give to my younger self and to any young person getting started in this business, is to learn the business side of things.. read up on it as much as you can, cause it’ll absolutely help you in the long haul of it. Make sure you have a great manager and team that supports and believes in you.

TERRANCE: Can we expect any special appearances, tours or events in the near future?

SPARKLE: I’m hoping to tour this year. We’ve gotten requests for me to, but me and my team just wanna make sure it’s a good fit.

SPARKLE: For my new single “We Are Ready” I am giving a portion of proceeds to a few charitable organizations that support those who’ve been affected by sexual, physical and mental abuse. So if your viewing audience knows of any great charities that I can give back to, please share with me. My team and I will get them and choose one or more that we like. Thank you to all who’ve supported me in the past and are still supporting me now.. appreciate you much.