An Interview with Robert "Kool" Bell of Kool & the Gang 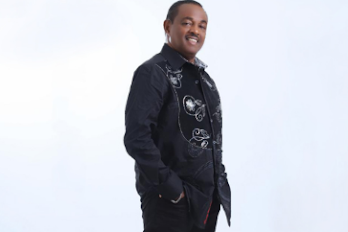 ﻿Legendary and Grammy Award-winning R&B, Jazz, Funk, Soul and Disco band KOOL & THE GANG celebrates a 50 year career milestone this year. With classics such as “Celebration”, “Cherish”, “Jungle Boogie”, “Ladies’ Night”, “Hollywood Swinging”, “Fresh” to name a few, the multi-genre band shows no signs of slowing down. I caught up with founding member and bassist player Robert “Kool” Bell to discuss the bands journey, their sound, recording process for “Summer Madness”, what’s next and much more... 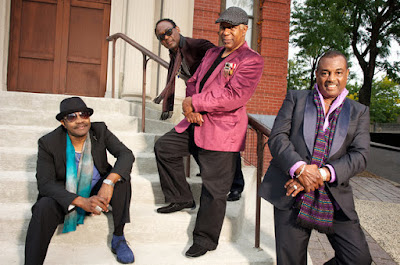 TERRANCE: This year marks the 50th Anniversary of Kool & the Gang’s self-titled debut album as a band professionally. What has the journey been like and how would you define it?


ROBERT "KOOL" BELL: Well, I would call it an evolution of experiences. From that point on in the 70’s, we recorded and released several albums like Wild and Peaceful with “Jungle Boogie” and “Hollywood Swinging” on it. Light of Worlds with “Summer Madness” on it and it was also featured in the Rocky movie. Then there’s “Open Sesame” that’s on the soundtrack to Saturday Night Fever. The Ladies’ Night record. Our #1 hit “Celebration” from the Celebrate! album. The direction sort of shifted for us as we went into the 80’s when we recruited a lead singer by the name of James “J.T.” Taylor.

TERRANCE: Was that a group decision to get a lead singer as the time and music had progressed?

ROBERT "KOOL" BELL: Actually when we were out on tour with The Jacksons, the promoter Dick Griffey who is now deceased, said to us, that we were doing great as a band but why not get a lead singer? I didn’t think it was a bad idea because if you think about it, The Commodores had Lionel Richie, Earth Wind & Fire had Philip Bailey, etc. and we then had James “J.T.” Taylor for eight years and scored a string of hits “Celebration”, “Get Down on It”, “Cherish”, “Fresh” and so on.

TERRANCE: In one word how would you describe the Kool & the Gang sound?

ROBERT "KOOL" BELL: Contemporary. There’s a mixture of Jazz, R&B and Funk. We open our shows with songs like “Emergency” and “Tonight” which have a Rock feel to them, so people are usually surprised when they come to our shows and hear the wide range of diversity.

TERRANCE: How do you feel about being one of, if not the most sampled band in music history?
ROBERT "KOOL" BELL: Well, it shows that the artists that came after us listen to what we do, you know? In a way it brought us a whole new generation of fans who are curious about the original recordings and so I’m grateful of that.
TERRANCE: Is there a particular sample that’s a favorite or one that stand out the most to you?

ROBERT "KOOL" BELL: “Summertime” by Will Smith is probably the biggest one. It samples “Summer Madness”. It was his first #1 hit, it went double platinum, it won him a Grammy and then he went into movies (Laughs).

TERRANCE: So talk about the recording process for “Summer Madness”.
ROBERT "KOOL" BELL: “Summer Madness” was inspired by the vamp of a song called, “You Don’t Have to Change” from the Light of Worlds record. My brother was listening to “You Don’t Have to Change” and the vamp had a certain vibe to it and he said, ‘Hey that’s two songs in one’. He had just purchased the Arp Pro synthesizers because they were just coming out. It became “Summer Madness” because it happened in the summer and it was an experiment with the synthesizers. Stevie Wonder was using it. That’s how we created “Summer Madness”. We didn’t know what kind of hit it would be or that years later it would be used by so many rappers and in movies.

TERRANCE: You mentioned before that “Ladies’ Night” was your favorite Kool & the Gang song. Can you share the backstory?

ROBERT "KOOL" BELL: I was hanging out in New York over the weekend at Studio 54 or Regine’s or some of those clubs and there was always a ladies night and I said, ‘Hey that might be a good idea for a song’, so I came up with the name. We were working on this new record with James “J.T.” Taylor, which was the first time that we had a lead singer. George Brown had this groove that my brother was working on and so from there we all got together and started writing the lyrics that became “Ladies’ Night”.

TERRANCE: Everyone have their notion of what Unsung is. Do you consider yourselves to be Unsung?

ROBERT "KOOL" BELL: I don’t think we are. We’re still performing and recording 50 years later. We get the calls to do Unsung but no, we’re still out there (Laughs).

TERRANCE: And before we go, can you update us on projects you’re working on or what we can expect?

ROBERT "KOOL" BELL: Well, right now we have concerts lined up. You can visit www.koolandthegang.com to find out if we’re in a city near you. There's new music, a book and a documentary coming as well. Also my son Prince Hakim recently released his debut single and music video called “R.O.Y.A.L.T.Y.” and it features Walt Anderson.